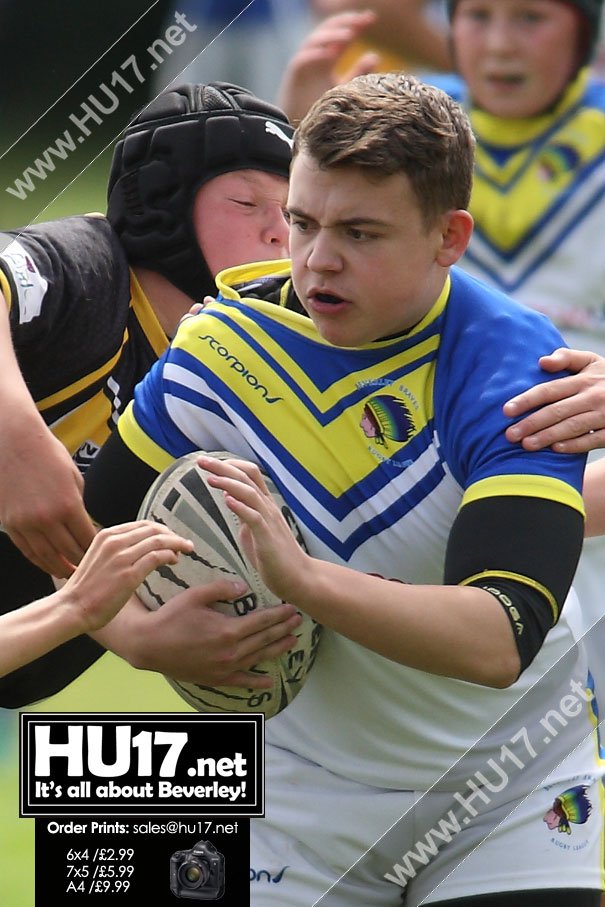 Beverley Braves U15s gaffer Timothy Nicolini has praised al his players after they almost earned an unlikely win at the Beverley Leisure Centre.

Beverley despite leading at the break Skirlaugh showed why they are unbeaten this season putting in a  strong second half performance to overturn the deficit and claim victory.

“We nearly had them there, Skirlaugh have been unbeaten for a long time. I felt we pushed Skirlaugh all the way after we took an early lead.”

“This was a powerful and skilful team performance and I felt we blew Skirlaugh away in the first half, taking a deserved lead into the break.”

“Credit to Skirlaugh, they hit back at us early in the second half. We found our rhythm again to get us back level in the match.”

“The level the players produced was by far their best performance as a team since we formed in this age group, it was a shame to be beaten by two late scores in the game.”

Man of the match went to debutant Tom Parkinson who signed for the Braves from West Hull.

However  he felt anyone number of players in his side could have won the accolade, he said;

“Every player in our team could have taken away the man of the match award, that was how good each and every man played.”

“Beverley are now a team to be feared within our league. We have proven we can compete with the very best now.”

“We have a fantastic bunch of players here from 1 to 13 and all the subs too.”

Nicolini has every right to be proud of his side. The team continues to develop and it is clear just by watching them play they just that, a team, one that battle from the first to the final whistle.