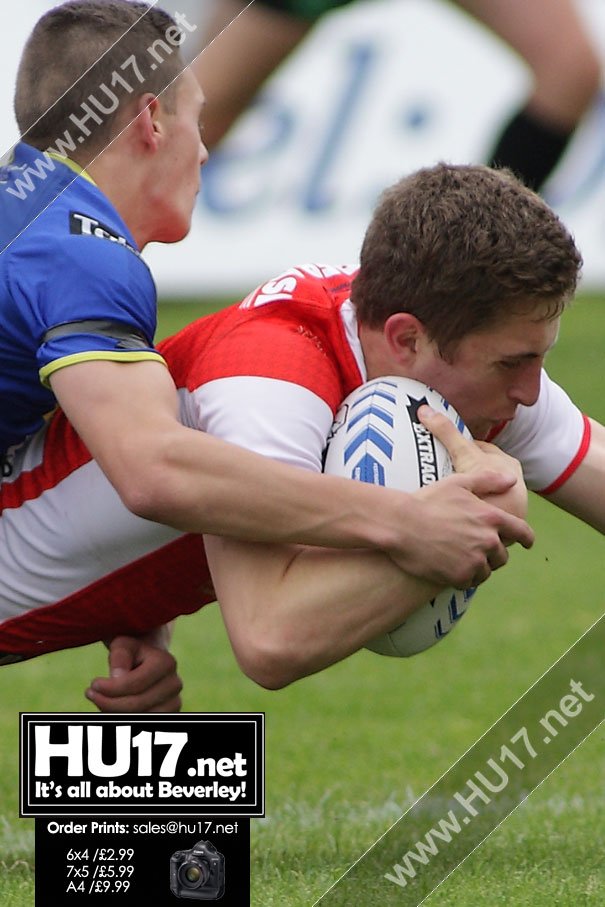 Hull FC and Hull Kingston Rovers have announced a ground-breaking plan to combine the clubs’ Academies from the 2016 season in a pioneering partnership for Rugby League.

The new relationship will see both clubs set history and rivalry aside to bring two existing youth development systems under one roof, with the long-term aim of increasing both the quantity and quality of Hull-based players playing the game at the highest level.

Discussions about the new Academy structure are ongoing between the two clubs who will operate their own Academies independently until the end of this year. From 2016 it is anticipated that existing staff from Hull FC and Hull KR will continue to be involved, with the new set-up to be based at Bishop Burton College, the home of Hull City’s Academy.

Although an official name for the joint Academy is yet to be decided, it has been agreed that the team will play in the neutral colours of yellow and blue, reflecting the livery long associated with the city of Kingston-upon-Hull and the colour scheme utilised by Hull City Council.

The progression of young players from the Academy to the first teams of Hull FC or Hull KR will be decided via a draft system.

Hull Kingston Rovers chairman Neil Hudgell said: “I’m sure this decision will divide opinion but I am confident that when supporters find out more about the joint Academy, they will understand the reasons why we have made this move and the benefits it will bring to all parties.

“It is in no way, shape or form a pre-cursor to a full merger between the clubs. We have always been outspoken about the pride, passion, history and rivalry that exists between the two sides and that will never change. I’m a fifth-generation Rovers fan and I cannot ever see the day when there is only one Rugby League club in Hull.

“I’m sure everybody else feels the same way and it’s certainly not going to happen on my watch. That rivalry will be maintained at senior level and it will be a case of business as usual for the first team.

“Both we and Hull FC have ambitions of competing in the upper echelons of Super League on a consistent basis but we need to work together to make both clubs stronger because I’m sure every rugby league fan in the city would love a return to the glory days of the 1980s when both sides regularly competed in finals.

“It has to be the goal to get there again and in order to achieve that, we need to do everything possible to invest appropriately in the right areas of the club and do all we can to develop home-grown players capable of playing at the very highest level of the game.

“There is still a lot to be decided and a lot of details to be ironed out, but the city of Hull has always been a hotbed of Rugby League and we hope this joint side will be a platform for success, as well as one of the strongest Academies in the country in its own right.”

The new Academy will be funded by the two Hull clubs and will operate teams in under-19 and under-16 age groups within the current youth development structure.

The model is also likely to be ground-breaking in the development of a “Super Academy”, a concept promoted by the RFL, which will place a greater emphasis on talent identification and the recruitment of leading community players both from Hull and further afield.

A consultation process is now underway with the coaching and backroom staff at both clubs, whilst Hull FC and Hull KR will also consider recruiting additional external candidates with top-level experience to add to the new Academy set-up off the field.

By combining resources, the joint venture will offer a highly resourced environment and will allow for additional spend in critical areas of player development.

Hull FC owner Adam Pearson said: “We are extremely proud of our Academy set-up, its current RFL status of ‘Outstanding’ and the legacy it has created down the years, but we have to recognise when the time is right for development and growth.

“We often shout about Hull as a hotbed of Rugby League talent, a founding home for the sport, but the harsh reality is that the talent pool is smaller than it once was.

“The cost base of running successful Academies of this nature is growing and the opportunity to spend quality and focused development time with our young athletes faces numerous challenges.

“To develop an Academy function that the city on the whole can be proud of will allow us to focus time, energy and resources on these key areas which will create a pathway to develop international stars of the future, whilst also allowing both clubs and Rugby League to be pioneers in setting up the first of these ‘Super Academies’, that will soon become common place across the country.

“The city will continue to be proud of the home-grown talent we will continue to produce, but hopefully now in greater numbers and quality, with our aspirations to see more players than ever before go on to represent their clubs and city at the highest level, both domestically and internationally.

“The Academy will embrace all that is good about the city and both Hull FC and Hull KR, but won’t affect our central position as rival clubs and our drive to compete at the top of Super League.

“The clubs are probably working together more closely now than ever before, yet this only seems to have heightened the rivalry and competitive streak within both organisations, which is a healthy relationship and good for growth of both clubs on and off the field.”

“By maintaining this rivalry but working together along with the RFL where required, it will allow us to continue to strive for consistent success and ensure this sport remains key to the city’s historic identity moving forward, particularly in Hull2017 and beyond.

“It will be great to see the city really get behind this new initiative and we hope our fans and those large Hull-based organisations will endorse what we’re trying to do and support both clubs and the sport more generally, ensuring come a Monday morning that their friends, colleagues and workforce are all happy and motivated following the weekends results! Their support for the sport and both clubs is appreciated more than ever before.”

Confirmation of plans to form a joint academy comes on the back of another strong season for both Hull clubs at youth level, with a total of 11 players from both sides selected for international duty at under-19, under-16 or under-15 age groups already this year.

Both teams also finished in the top-five of the under-19s competition before the mid-season split, whilst a recent independent 2015 Academy Accreditation Report awarded Hull FC’s existing academy a Level 1 “outstanding” rating and Hull KR’s a Level 2 “good” rating – results which show a new joint venture will be launched from a stable platform of success.

RFL Chief Operating Officer Ralph Rimmer said: “We would like to congratulate Hull FC and Hull Kingston Rovers for the positive way in which they have approached a pioneering initiative which stands to bring tangible benefits not just to both clubs, but to the wider sport.

“There are obvious benefits from pooling the elite young players from one of the sport’s most important development areas into one high quality environment, and we have no doubt that it will result in an increase in both the quantity and quality of talent flowing into the game.

“Hull and Rovers are leading the way with this creation of a ‘Super Academy’ which could provide a model for other clubs to follow.”