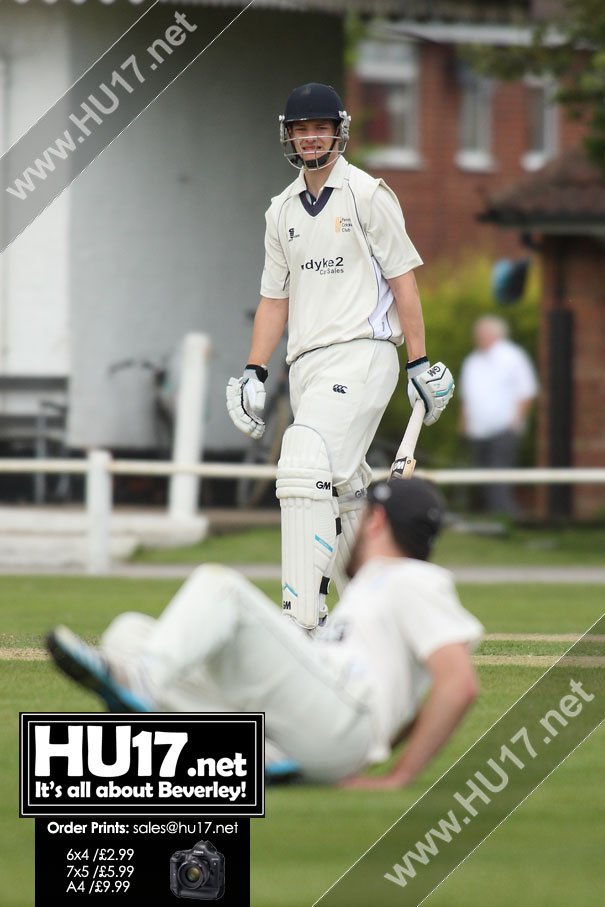 Beverley Town Cricket Club remain top in Group A of the Intermediate League thanks to a 8 wicket win over Fenner at the Norwood Recreation Ground.

Having won the toss Beverley put Fenner into bat and from their allotted 40 overs scored 172 runs.

Joe Hewitt 46, Nauman Abid 33 and Jacob Duffill 31 were the main contributors for the visitors while for Beverley Greg Whyley 3-39 and Joey Franklin 3-23 performed well with the ball in hand.

In reply Beverley reached the required score in just 22 overs. Whyley continued where he had left off this time demonstrating his battle skills as he reached a half century.

Tommy Hudson also played well scoring 52. Skipper Jamie Roe, who missed Saturday’s game due a back strain capped off what was good all day for Beverley ending the game on an unbeaten 29.

Sitting 27 points clear of Fenner, Beverley require just 14 points from their remaining two fixtures to progress to the knock phase of the competition.

With their next game scheduled against Beeford, who not fulfilled any fixtures it highly likely that Beverley will awarded the full 30 points and progress with a game to spare.