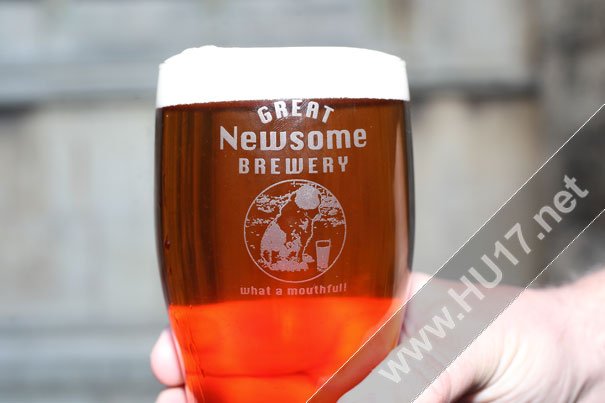 The 5th Leven Real Ale festival takes place on the 19th and 20th of June at the New Inn Leven.

Set within the Historic Georgian courtyard people will get the chance to try a fantastic range or beer and cider served from the famous stable bars nestled at the back of the courtyard.

Set to be yet another sell-out, this year the festival will look to continue to develop and is regarded by many real ale lovers as one of the region’s finest small beer festivals.

For this year the Leven Real Ale Festival has teamed up with Cash For Kids to help raise some extra funds for disadvantaged children living across the region.

This year’s beer, cider and music line-up  has again been carefully crafted to create one of the best real ale festival atmospheres around.

“The Leven Real ale festival came about after I visited the Cropton beer festival back in 2009, I had been to many bigger, more traditional beer festivals, and although they were good to visit it was nothing like what I experienced at Cropton.”

“This was the inspiration for the Leven Real Ale Festival and we set out to create a fantastic, accessible, no nonsense and fun festival that people of all ages and interests could enjoy.”

“Six years on the Leven Real Ale Festival goes from strength to strength, the atmosphere is just brilliant and when the sun comes out there aren’t many outdoor festivals to rival what we have.”

“I can safely say if there was a festival that I didn’t have to work at and one that I could attend as a punter it would be Leven every time.”

In addition to the local beer theme this year festival organisers are hoping to pull in pounds for pints as they support the Cash For Kids charity. Who do a fantastic job in supporting young people across Yorkshire and North Lincolnshire.

“We are delighted to have been selected as the beneficiary of this year’s Leven Real Ale Festival, with a percentage of ticket sales kindly being donated to Cash for Kids.”

“Funds raised will make an incredible difference to the lives of so many sick & disadvantaged children across Yorkshire & Northern Lincolnshire.”

“We are also hoping to raise extra funds from the cask sponsorship, for just £30 businesses get to display their company logo on the casks and in the programme and the £30 goes direct to the charity. To sponsor a cask, please contact Paul East – paul@realalefestivals.co.uk”

“There is some top entertainment on at this year’s festival supported by Off the Road Productions, including an American honkey tonk band, Two Short Planks, Summer Brew and Psychedelic Super Skiffle Band.”

“More bands and acts to be announced, and we guarantee to keep festival goers well entertained whilst drinking in the late June sunshine.”

To add to the festival theme this year’s festival has been sponsored by another festival.

The VW festival which takes place from the 14th – 16th of August at Harwood have taken up the prestigious main sponsor slot, and this years glasses look fantastic with the VW fest logo on too.

“We supported the Little Weighton Real Ale Festival in 2014, and it was a great success.  We believe it is important to try to support other local events.”

Across the weekend, there is live music, great festival food from the New Inn and lots of great beers and ciders.

Friday night is a ticket only session and tickets are on sale from the New Inn Leven, Beverley Tourist Information Centre and on line. Some tickets will be left on the door but are priced more expensive. The Saturday is pay on the door.