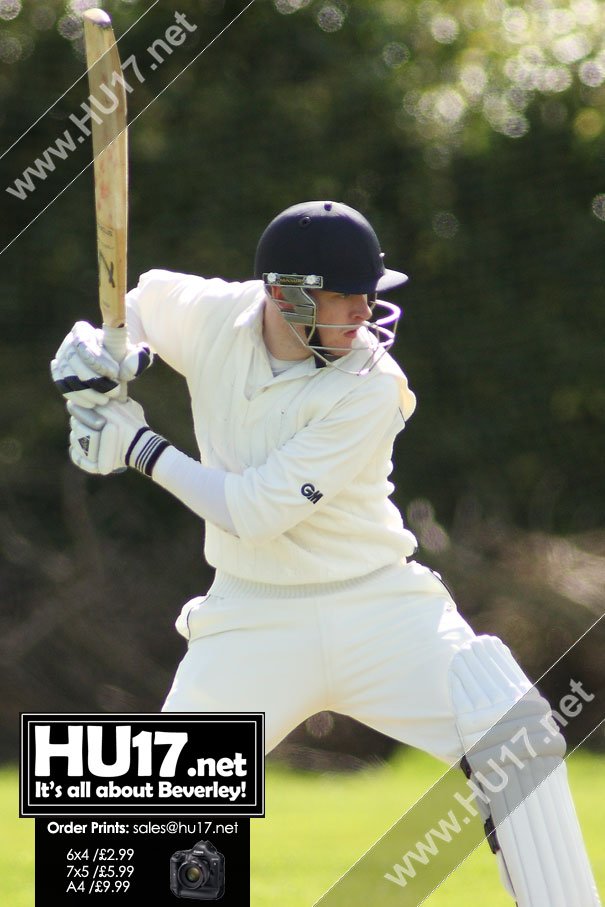 Beverley faced South Holderness and despite the overnight rain completed a full match hanging on for the draw thanks to a gutsy 83 by Fish.

Speaking after the game, a delighted Welburn said;

“I don’t think I’ve ever been so upbeat after a losing draw, with other games in the league being called off due to weather knew it was a good chance to pick up some very valuable points.”

“From that point of view, a huge thank you has to go to the ground staff at Norwood for working tirelessly to get the pitch in great shape and miraculously allowing us to start the match on time.”

Some inconsistent bowling allowed South Holderness to build a very good score. However, for Welburn the big stand out thing in during that innings was that all the way through his side showed an amazing team spirit.

“We have built on this since the start of the season. No matter how quickly South Holderness were scoring there was always 11 players backing each other from the first ball to the very last.”

“For me as the captain that is great to see. Even with a target of 246 our heads never dropped.”

Beverley got to within in just 20 runs of the required target losing eight wickets along the way but nevertheless, picked up a valuable 19 points for the draw.

“Fish and young Kieran Simpson got us off to a great start. It’s good to see Ben back in the runs. He’s put a lot of effort in to still get to games when he now works on Saturday mornings, and I’m happy to see him get his reward.”

“A couple of quick wickets forced us to become more cautious towards the end of the innings, but we walked away with 19 points, and that pushes us up to third in the table.”

Next weekend, Beverley will hit the road to take on Brandesburton. Now third in the table Beverley are just 22 points behind the current leaders of the Hunters York & District Senior Cricket League, Humbleton.