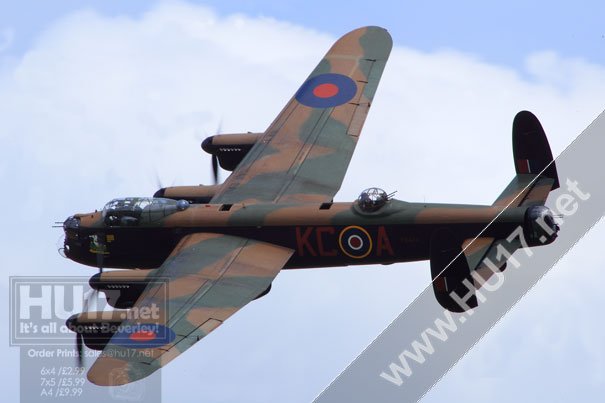 Beverley Armed Forces Day this has suffered another blow with news that the fly past by the Lancaster Bomber has been cancelled.

During a routine flight just a few weeks ago the Lancaster bomber which is part of the Battle of Britain Memorial flight suffered an engine fire.

Due to the fire much love vintage aircraft from World War II has been grounded or engineers do their best to get back in the air.
Commenting on the news organiser David Elvidge said;

“Sadly today, I received A call from The Battle of Britain Memorial Flight (BBMF) confirming that following an incident on May 7th when the Lancaster suffered a mid-air engine fire it would not be repaired in time to be able to fly over the Beverley event planned for Sunday July 5th.”

There are just two remaining Lancaster bombers in the world that are able to still be flown and his appearance in Beverley would have been a spectacular one.

Despite this setback, the RAF was quick to offer an alternative, Mr. Elvidge said;

“In true RAF spirit, the BBMF will be providing another plane for the fly past at 2:20 PM weather permitting of their Dakota.”

Most well-known for his role within the D-Day landings the Dakota was used to parachute personnel interaction as well as towing gliders across the English Channel.

The event which is in its seventh year is already in the balance due to funding issues which organisers are working tirelessly behind the scenes to resolve sane some people have come forward to pledge their support.

By the end of this week, organisers will know for definite if Beverley Armed Forces Day will indeed go ahead. So for the Ministry of Defence have committed 50% of the money needed while further grant applications have so far been unsuccessful.

Currently they are £5000 short of the budget needed to stage the event that celebrates the best of our Armed Forces both past and present.

Any individuals or local businesses are able to pledge their support to Beverley Armed Forces Day can do so by contacting Mr. Elvidge on 07859 191573.