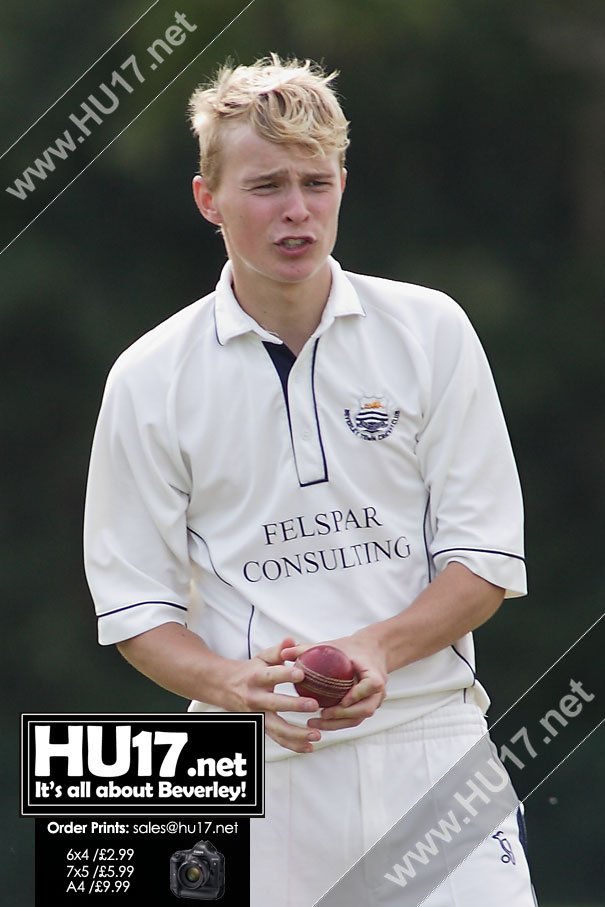 Beverley Town Cricket Club enjoyed another fine afternoon on the back pitch as a third team beat Sutton-on-Hull by six wickets at the Norwood Recreation Ground.

Victory keeps the Beavers in the mix at the right end of the table. Claiming the maximum 30 points from Saturdays, game means Beverley are now just 32 points behind the leaders.

Ahead of the match Beverley were forced to make a number of changes but despite this the team made light work of the visitors who after being put into bat were dismissed for just 73 runs.

Skipper Sam Welburn admitted he was ‘concerned’ going into the game given the number changes he was forced to make the team.

Welburn needed not have worried as his side excelled in the field and took just 23 overs to skittle their opponents, Jake McMullen the pick of the bowlers taking 5/27.

Beverley’s reply was swift with the match done and dusted inside only 18 overs with Tom Norton leading the way for the home side with the bat.

Speaking to HU17.net after his side’s crushing victory Welburn said;

“Going into the game with five changes from last week, I must admit I was a little worried about how we would get on this week.”

“McMullen was the star of the show again after last week’s performance, he’s getting some consistency now and that’s what he’s often lacked in previous seasons.”

“They often say that catches win matches, and that came to the front yesterday. I think it’s the second or third game in a row that we haven’t put down a number of chances.”

“Ben Fish took a couple of absolute world class catches from in close. It just proves how important they are.”

“Norton continued his great form with the bat and saw us over the line.”

Beverley will certainly fancy their chances as they make the short trip to Driffield. With just one win all season, and Beverley in such good form Welburn is in buoyant mood and is confident his side can maintain their form, he said;

“It’s a win that keeps us right up in touch with the leaders, and we go to Driffield next week looking to make it three wins in a row.”

Their match next week takes on extra significance as well Beverley are playing Driffield the top two in the league, Humbleton and Hessle will face each other.