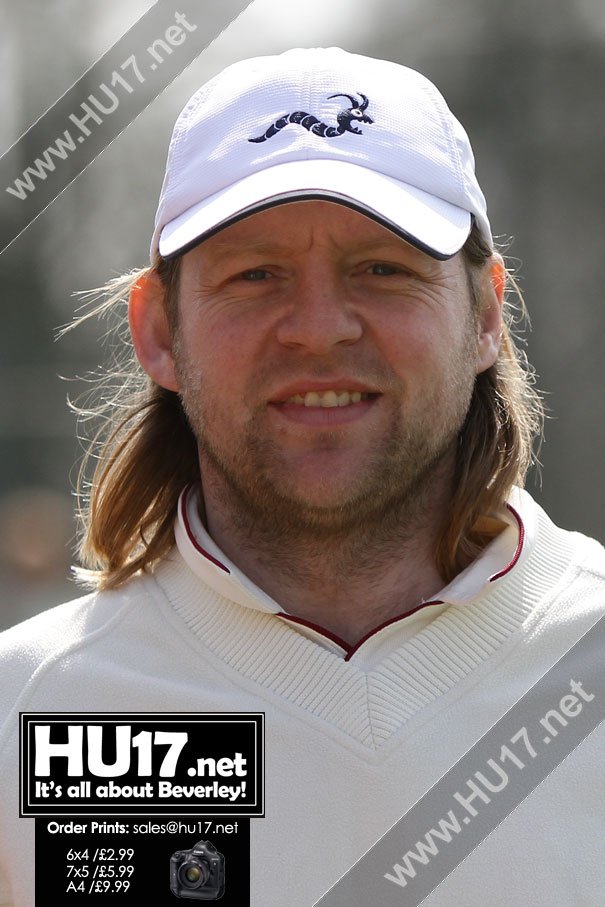 On a warmer and sunnier day than experienced so far this season saw two of the Eastern Conference division 1 pace setters face each other at Newport.

Having won the toss skipper Neil Goforth asked Newport to bat first and Beverley’s youth attack got to work.

The first 6 bowlers used were all between the ages of 13 and 17 and as in previous weeks bowled accurately and with great control. For Newport only P Tough (50) and D Smith (41) were able to make any kind of contribution.

After the early wicket of Ogram, caught by Joey Franklin off Charles Fish, the Beavers had to wait until the 24th over before Pashby took his first senior wicket with another catch by Franklin.

With the youth using up their age restricted overs Beverley turned to left armer Pip Pearson who in the course of 6 overs tied one end down taking 6 wickets for 35 runs in a bamboozling spell. A caught and bowled by C Fish off the last ball of the Newport innings left them with 211 for 9 from their 40 overs.

Beverley’s opening pair put on 28 runs before Will Harrison was caught and the loss of another quick wicket brought 13 year old Ed Chapple to the wicket and together with Will Fish, built a steady partnership with Fish taking the lead role.

Chapple was joined by Lewis Richardson and together they built a steady partnership which meant that Newport didn’t have enough time to bowl Beverley out and claim the win.

Chapple showed immense concentration for his 23 over 14 and Richardson’s technique was excellent for his 14 over 13 runs.
Once the youngsters grow a bit more the strength will improve and much faster scoring will come but Beverley’s total of 142 for 7 from their 40 overs was an excellent performance against one of the stronger teams in the division.