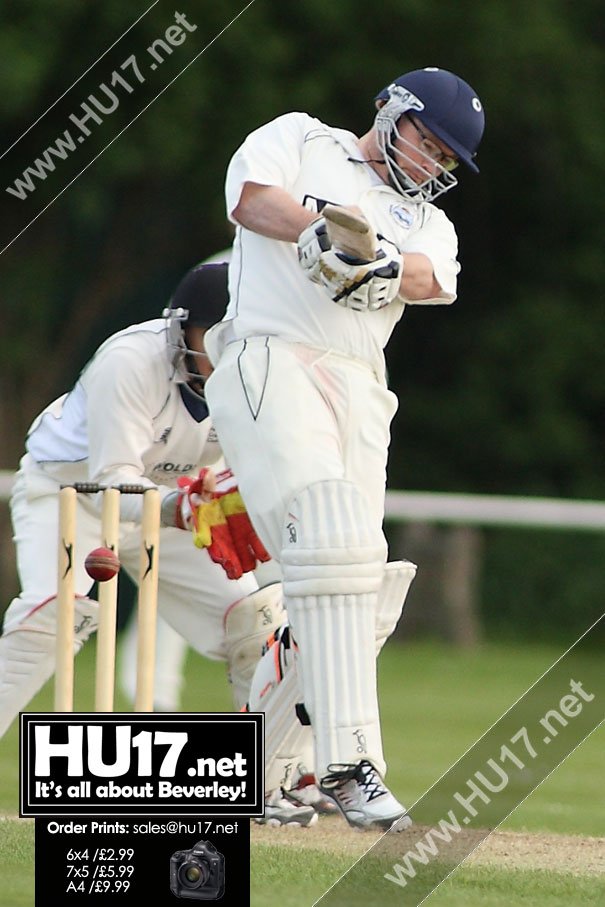 Batting first Fenner posted a total 290 runs that saw Ben Hatfield score 106 before he was finally caught out in stunning fashion by Anthony Spence who dived to his right to catch the ball on the boundary.

On a flat pitch an out of sorts Beverley Town faced a daunting task as they began the task of chipping away at 290 runs required to win the match.

Beverley got a perfect start with their openers Ollie Grantham and Fisal Abid putting runs on the board.

Grantham was the stand out performer with the bat and almost batted out the entire innings before he was eventually caught out score 117 runs, as Beverley scored 252 in reply.

Speaking after the game Grantham said;

“It is always nice to score a hundred, but chasing a score of 290 was going to be a difficult ask.”

“We struggled to keep momentum going to chase down a large target but it is great to get a team total over 250 and pick up valuable points with a losing draw.”

Was not all plain sailing for Grantham, he had to work hard for is run something that the batsmen himself acknowledged.

“I was dropped four times and nearly run out. So by no means a chanceless innings like Fenner opener.”

For their efforts Beverley Town were awarded 12 points but despite this still slipped down a place in the league table with Fenner moving above them.

This weekend Beverley are again at the Norwood Recreation Ground and will face a much tougher test with visit Stamford Bridge, a team that are competing at the top end of the table.