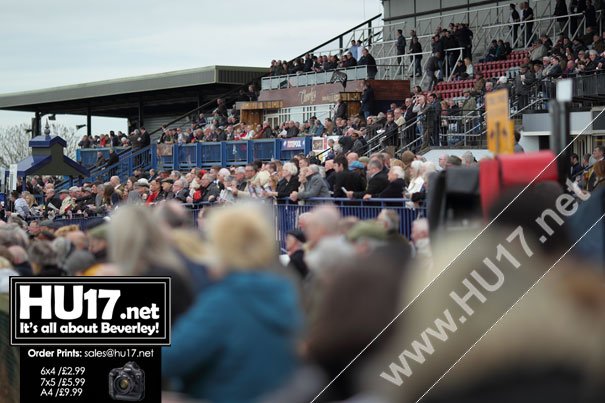 Beverley Racecourse flies the flag for the north on Bank Holiday Monday with an attractive seven-race card that begins at 12.30pm.

Another big crowd on the Westwood is anticipated for the third meeting of the season, with Beverley chief executive Sally Iggulden keen to gauge reaction to the early start.

To help racegoers acclimatise, the track will be selling brunch-time snacks like hot waffles and bacon sandwiches.

Gates open earlier than usual after the British Horseracing Authority agreed to spread all bank holiday fixtures in the United Kingdom over a longer time frame to help increase betting turnover during busy afternoons.

“The early start time is part of a BHA initiative to remove races from the congested mid-afternoon slot.”

“It’s experimental and we look forward to hearing our customers’ feedback.”

“This fixture is self-funded by the racecourse and has formed a successful addition to our fixture list over the past six years, providing an opportunity for northern horsemen and racegoers, on a day dominated by more southerly racecourses.”

Feature race is the £10,000 Swan Industrial Drives Handicap (2.45), won last year by Dubai Dynamo.
Ruth Carr’s inmate is again in contention for the extended one-mile heat, while Toto Skyllachy, who struck in 2012 and 2013, has also been confirmed.

David Brown hopes to put the seal on what could be a fine weekend for the Nottinghamshire trainer when he saddles On The Tiles in the concluding White Rabbit Apprentice Handicap (3.55) over seven and a half furlongs.

The grey son of Royal Applause has been in decent form this year, and won nicely on his most recent outing at Wolverhampton on April 10.

“He did well at Wolverhampton and the visor seems to have brought him on,” said the Averham Park-based handler, who also runs the once-raced Home Again in the Mayday Raceday Median Auction Maiden (1.00).”

“He’s probably getting to his limit now, so we’ll have to see if the handicapper is right by bumping him up 3lb.”

“Marc Monaghan will ride him. He’s ridden a few winners for me and should get on well with him.”

The four-year-old sprinter is twice a Listed scorer and also finished third in the 2013 Norfolk Stakes at Royal Ascot.

She was last seen finishing down the field in the Breeders’ Cup Sprint at Santa Anita in November, but has thrived during the winter, according to her trainer.

“She’s wintered well, and is bigger and stronger now as a four-year-old.

“It’s hard for three-year-olds, but she still had a good season last year, though now might be the time she comes into her own.

“Going over to America was hard for her, but she’s recovered well and has had a good rest now.

“She looks tremendous and is in A1 condition.

“She’ll like the ground if it’s lightning-fast and this looks a good race for her.

“Here’s hoping for a good weekend.”

The current going at Beverley is good to firm, with sunshine and showers forecast ahead of May Day Raceday.