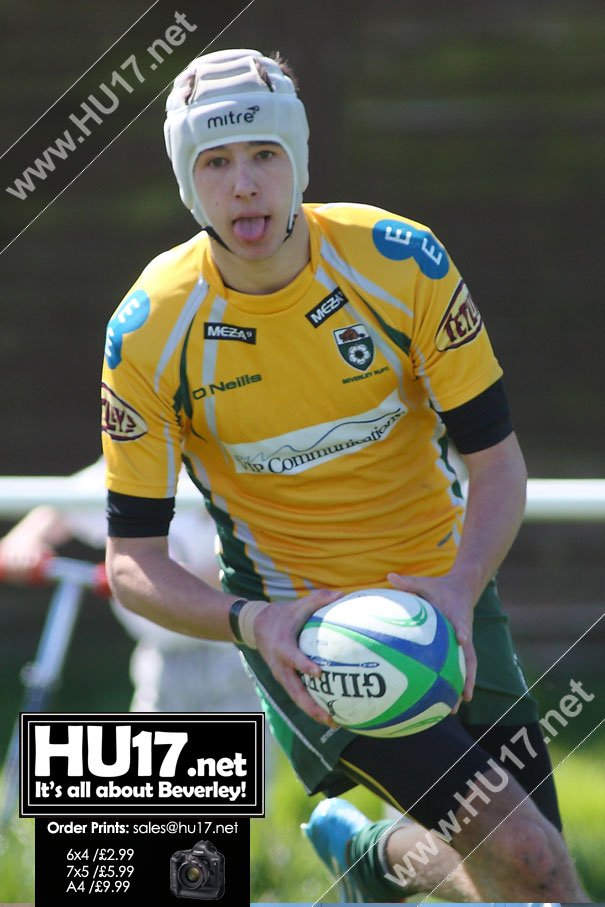 Beverley RUFC Colts were left disappointed after they were beaten by Sheffield the semi-final of Yorkshire cup at Beaver Park.

Straight from kick off skipper Ben Smith revived and went down with a broken ankle, 10 seconds on the clock, maybe a sign of what was to follow.

Beverley, who arguably was the better of the two sides on the day, were beaten by their South Yorkshire counterparts 20 – 23 pulsate in match.

Going into the game as underdogs playing a side from Division I the Colts put on a good display with Alfie Hart-Fisher and Chris Chapman scoring tries and Jacob Holmes adding two conversations and two penalties.

Despite their efforts, and leading in the game Beverley were unable to see it through bringing down the curtain what has being very successful run the Yorkshire Cup.

“This was an excellent game between two evenly matched sides a great advertisement to Colts rugby in Yorkshire.”

“The Beverley Colts would like to say thank you to all spectators which made a great atmosphere around the ground and nearly got them over the line.”

“Another mention goes to all the coaching staff who helped out in a wonderful season and did the club proud in every single game.”