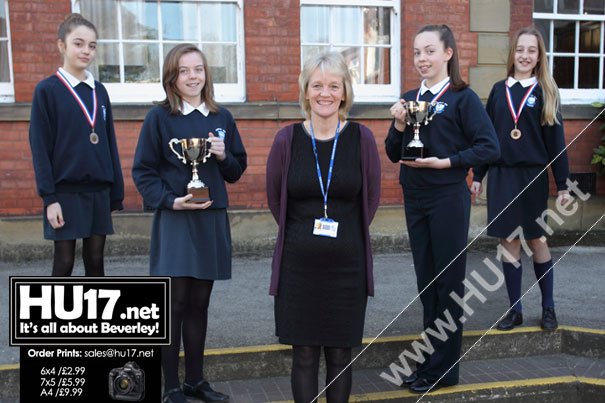 Beverley High School are again celebrating after four of their pupils reached the national finals of the Spelling Bee competition.

All of the students who are all in year 7 will now take part in the grand final which will be held later in the year in Cambridge.

“I am delighted with our students’ achievement. They worked really hard learning their spellings and did the school proud at the regional final.”

“The aim of the competition is to encourage students to develop strategies for learning new vocabulary in a foreign language.”

“We ran round one in the autumn term for all year 7 students. Each girl was given a list of 50 words in either French or German.”

“They had to learn the translation of each word and also how to spell it using the French or German alphabet. Each student was given a minute to spell as many words in the foreign language as possible.
A challenging task and we were very impressed with their efforts.”

“Winners of the first round were given an additional 50 words and we held the whole school competition in February in the school hall in front of parents and staff.”

“Our foreign language assistants and last year’s winners were the judges. It was an exciting and tense competition with some outstanding performances in both French and German.”

“The regional finals took place at Hull University on March 27th. At the Regional Final, there were 26 schools represented from the Yorkshire and Humber region and there were 100 competitors.”

“In total, just over 7,500 pupils registered for the competition in Yorkshire and Humber with the latest figures I have for England as a whole show just over 71,000 registrations.”

“The four girls who did well at the Regional Final all getting through to the National Final which will be held in Cambridge on Friday, 3rd July where they will have 200 words to remember.” 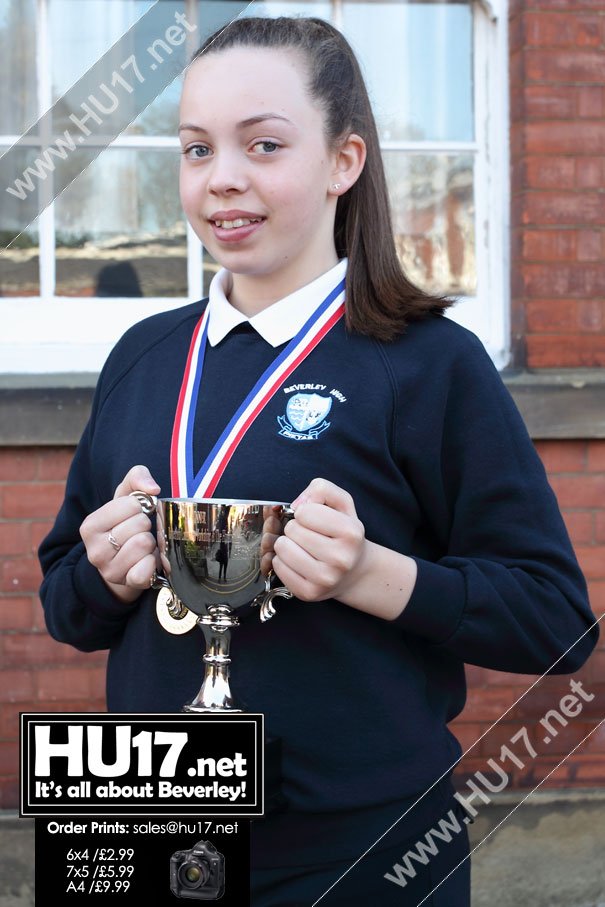 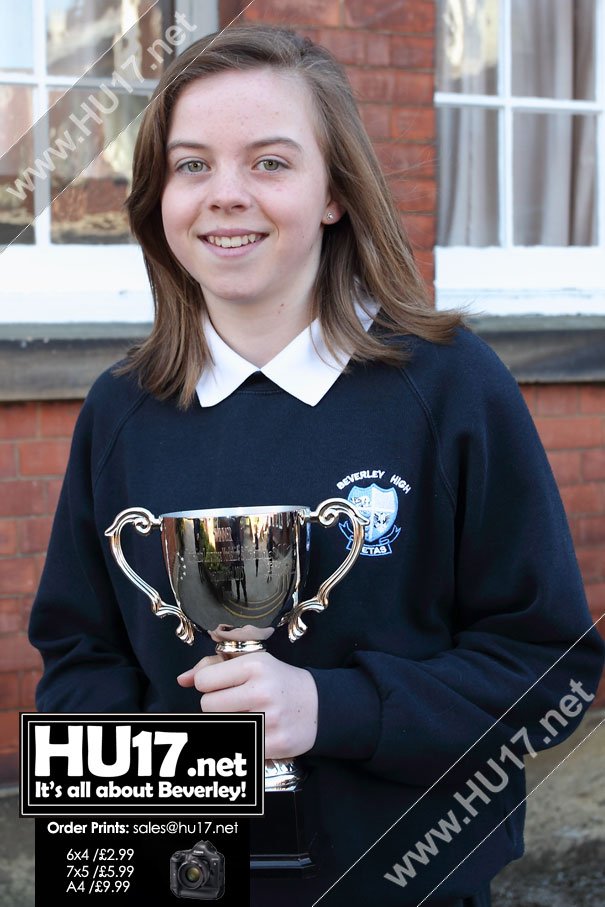 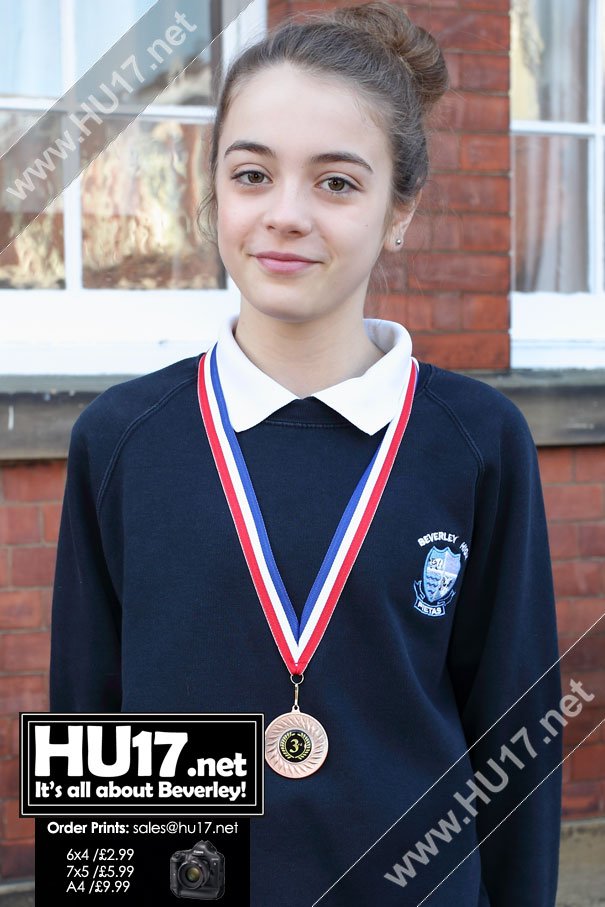 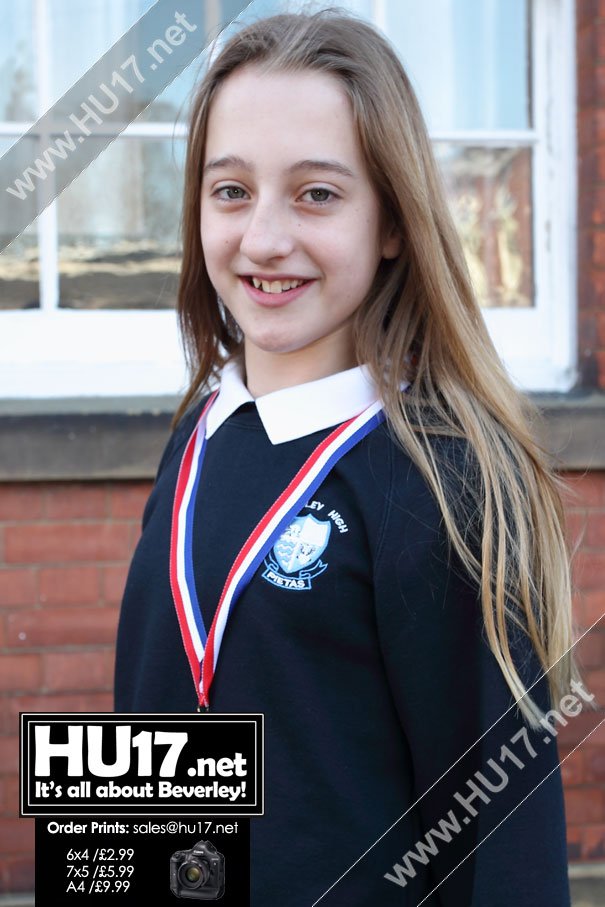 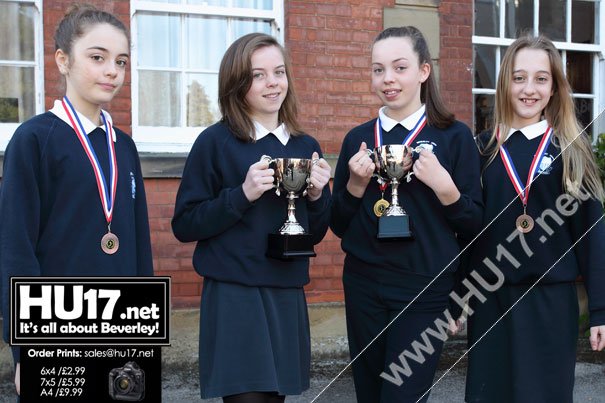