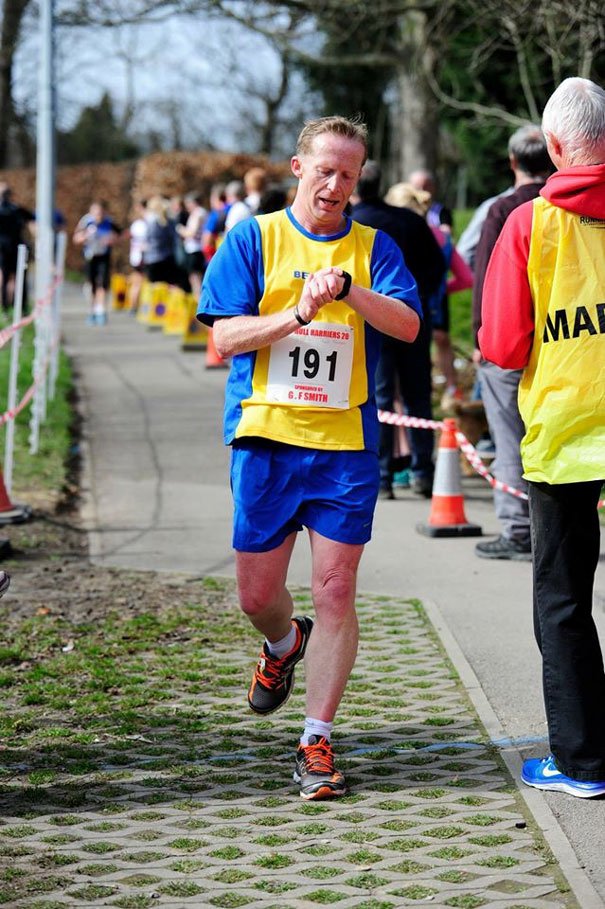 A busy weekend for Beverley AC saw runners represent the club at 3 events, The East Hull 20, The Lincoln 10k and The Coniston 14 miles in The Lake District.

The East Hull 20 is very much seen as the ideal preparation for one of the year’s peak Marathon periods during April, culminating in The London Marathon on 26th April. It is a very well organised and popular race which attracts runners from far afield due to this timing. The race starts near Wilberforce College on Saltshouse Rd, takes a left towards Coniston, then left again, meeting up with the old Hornsea railway line.

At Arnold, a loop is taken to add to the miles, meeting back again at the same point and returning back along the line to Sutton and back onto Saltshouse Rd to the finish line at the East Hull Harriers Club House, where a welcome buffet is provided and runners mingle with friends and family to celebrate their achievement.

The race was blessed with sunshine, cool conditions and a minimal head breeze at the 10 mile turn, where conditions in past years have provided a stern head wind to battle with.

Special mention goes to Mark Sykes-Cook, who was tripped by another runner around the 3 mile mark, sustaining marked facial, arm and leg injuries, only to scrape himself up and post a highly creditable 2:47:29. Ed Lisney was pleased with his time of 2:47:34 as was Andy Grainger, who is making a steady recovery from post Christmas illness, equalling his time last year in 3:03:34. The 3 will represent Beverley in the Brighton Marathon on April 12th.

Across the Humber, David Morrison and Lucas Meagor achieved PB’s in the Lincoln 10k. David’s time of 39:20 was 4 minutes faster than his previous 10k best and Lucas went under 40 mins for the 1st time in 39:43, beating his PB set in 2012. Alan Flint is recovering steadily from a long-term back injury and was getting nearer to his old self with a time of 46:44, giving him 6th in the M60 category.

Steve Evins produced another good performance with 41:28 and former Beverley headliner, Carla Stansfield, now with City of Hull, was first woman overall in a PB of 36:15.

Over in The Lake District, the annual club trip to The Coniston 14 saw 9 Beverley runners join the race for this scenic circuit of Lake Coniston. Apart perhaps for those with a real interest in winning it or taking prizes, this race is one which almost glides by as you cannot help but mentally pause to take in the beauty of the run, an experience which was enhanced by the sunny weather which was the backdrop to all 3 events.

Darren Rodmell was an amazing 29th overall, 5th in the M40+ category, in this competitive field with a PB of 1:28:30. Adrian Messingham was hot on Darren’s heels in 95th in a time of 1:36:11. Ultra runner Mike Blaymires turned up for a shorty in 1:46:52 and not far behind was Lucy Stamford, who was first Beverley woman in 1:54:42. Club Handicap winner, Frank Harrison was 2nd overall in the M75+ group in 2:41:58. Diane Coleman and Pete McNally both came in the top 10 in their age categories.