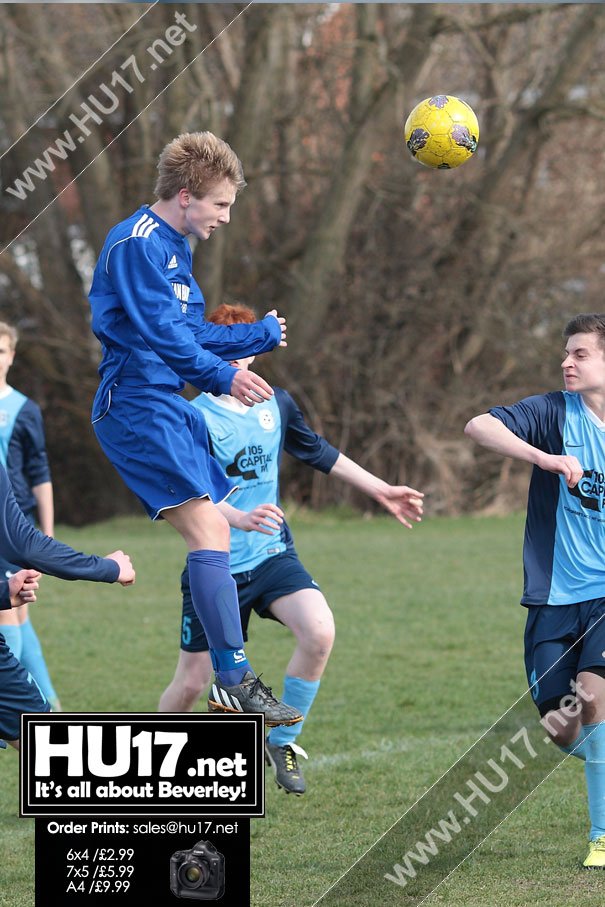 Beverley Town got one over on their neighbours from Walkington after they thumped Capital Crusaders 4-0 at Thurlow Avenue.

Aidan Elm and Nick Moody both got on the score sheet in the Hull Boys Sunday Football League encounter that also featured two own goals.

Victory sees Town open up a five point lead at the top of the table, but Moody says this win meant much more.

Speaking to HU17.net after the match he said;

“Last time we played it was a 3-3 draw so to do them 4-0 is massive result. While we are all friends off the pitch on it we hate each other, we are big rivals.”

“Both teams and supporters and both managers have always wanted to beat each other in this game. With them in third place we knew a win was important so are delighted with the result and manor scoreline.”

Next up for Beverley Town is a trip to Cottingham Pavillion where they will face East Riding Rangers.