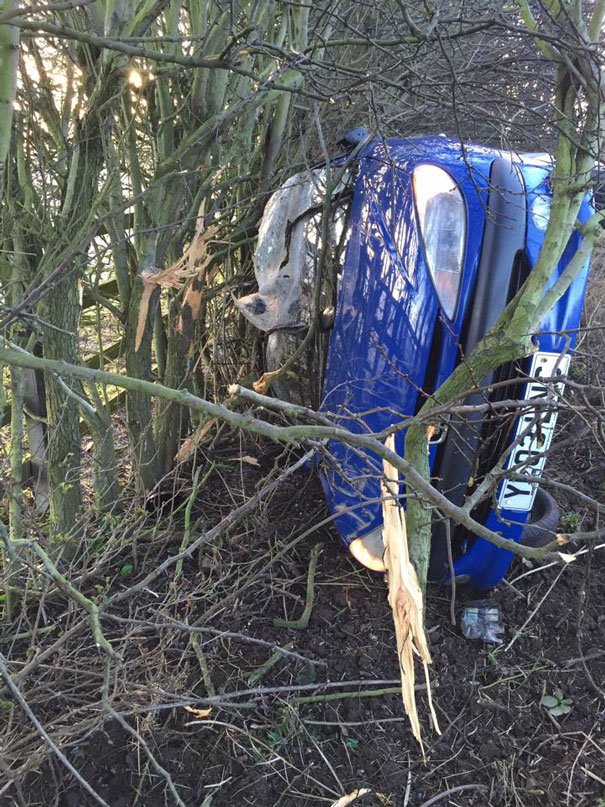 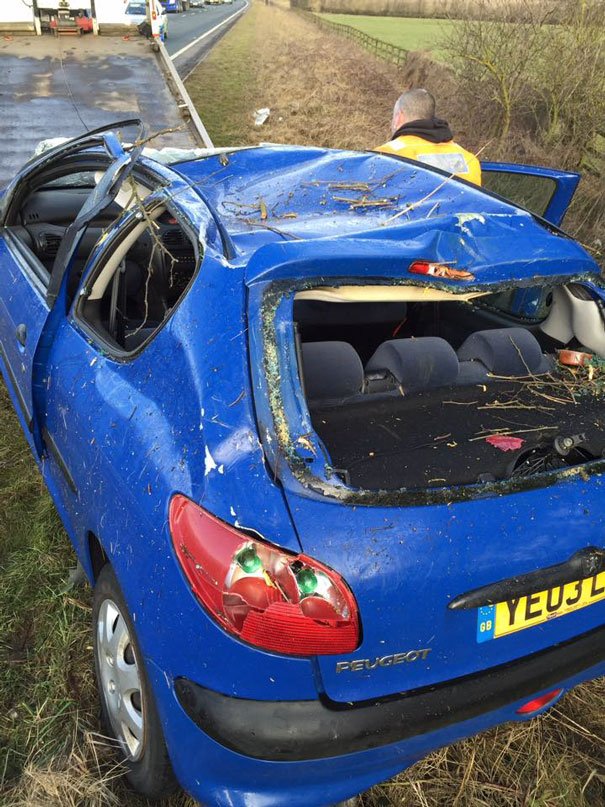 Humberside Police is appealing for witnesses following a road traffic collision on A1079 Beverley Bypass 2 miles before the Dunswell roundabout at 0720hrs on Monday 09 March 2015.

The incident involved a blue Peugeot 206 and a black coloured Mercedes which were travelling in the direction of Hull. The collision resulted in the Peugeot leaving the road and ending up in a ditch.

The driver of the Peugeot, Chris Coupland, from Beverley sustained minor injuries.

“I was passing a lorry where by the by pass goes from dual carriage way to single lane. I notice the driver of the black Mercedes was very close to me.”

“As it went past me it clipped my car, I span right round in the round before rolling into the side of the road. The Mercedes did not stop.”

“I believe that the lorry behind me was fitted with a camera so the police are trying to see if they can get track the other car from this footage.”

Since the accident Mr. Coupland has seen photos he took at the road side go viral and people on social media share his images as they look to track down the driver of the Mercedes.

“I am really surprised at the response from people, I have had messages from around the UK and people all over the country have been sharing my post to help try and locate the Mercedes.”

Police would like to speak to the occupant/s of the Mercedes or anyone who witnessed the incident. Anyone with information should contact Humberside Police on 101 quoting log 60 of 09/03/15.