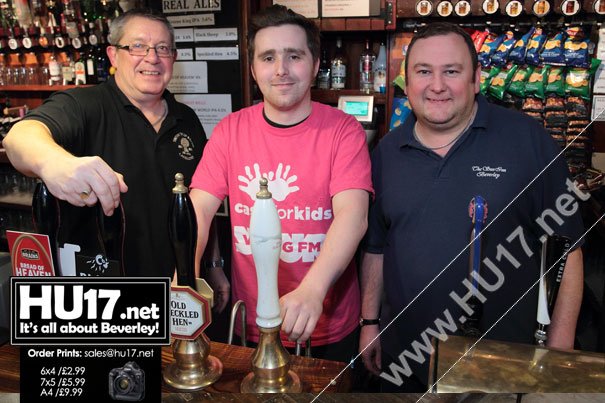 Dave Gadie raised almost £350 for charity by having his beard he had been growing for 18 months shaved off at the Sun Inn in Beverley.

Dave was approached by his cousin who taking part in a competition to win a wedding by raising money a for a charity that helps local children.

“I agreed to have my beard cut off and to be clean shaven for my cousin as he was trying to win a wedding through a competition by Viking FM’s Cash For Kids.”

“When he asked me at first I did not want to do it at all. The truth is I was a bit worried so I said no. Then as I reflected on it a bit more I agreed when I learned more about the charity he was raising money for.”

Despite his Dave’s best efforts his cousin missed out on the top prize. In the end he was runner up in the competition but still managed to raise well over £6000 for the charity.

Click Here
Life Is A Cabaret, Old Chum, Come To The Cabaret!

When asked Dave said he hoping to get his facial hair back, he said;

“I am most likely going to be growing my beard back l as I feel lost without. Everybody I see keeps telling me I look a lot better and lot younger but I disagree.”