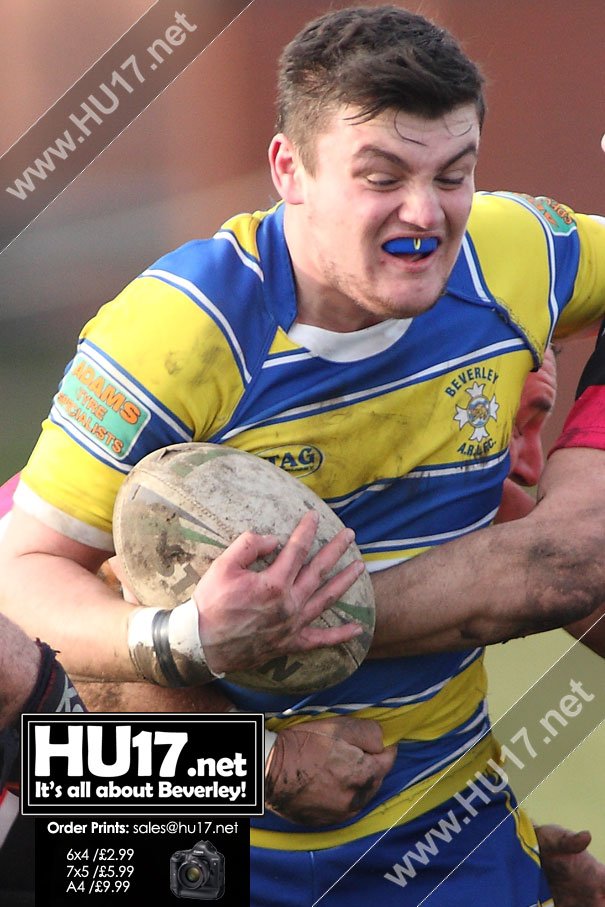 The blue and golds took complete control in the second half of this potentially tricky fixture to post another two valuable league points at the Marist Sporting Club last Saturday.

They took advantage of the ideal spring-like conditions to produce some spectacular tries resulting from some fluent handling.
Pat Howdle urged his troops to keep rolling on. He said;

”We have three games to go, and if we win those three, we come top of the table as our point’s difference is vastly superior to all the other teams.”

The visitors got the scoreboard rolling after ten minutes. A mazy run out of defence by Jake Hart-Fisher saw him go 60 metres up-field and set up the position for pressure on the Myton line.

It ended with Josh Pooley going over from dummy half for an unconverted try. They looked to increase the lead as the ball was given some air. Craig Morfitt broke away, but his pass to a supporting player went to ground. Beverley were guilty of being a little too expansive at this stage.

The home side profited from this and replied with a try that was not improved. Beverley showed their frustration, which culminated in Steve Connolly spending ten minutes in the sin-bin for a high tackle.

Jack Howdle steadied the jitters on the half hour mark, with a neat inside dummy to force his way over under the posts. Shortly after Guy Adams marauding run across the field set up the position for Howdle to force his way over for his second. Right on the stroke of half time more pressure resulted in crisp handling to the right sending Louis Hubbard over wide out for Watkin to convert for a 20-4 interval lead.

The home side pulled back a try ten minutes into the second half, but this seemed to summon the visitors to action. Another mazy run from deep inside his own half by Jake Hart-Fisher set up position. Mike Cooper then took the ball down the short side and got a neat pass around the man to send Glen Anfield over for Watkin to convert. The next attacking set saw Louis Hubbard force his way over for his second improved by Watkin and proved to be the cue for some thrilling handling in the final quarter.

A break up field by Lewis Poskitt fed Connolly, who took the tackle and got a quick play the ball. Watkin took the ball and sent Craig Morfitt over. A visionary kick up field from Jack Howdle saw Josh Pooley seemingly come from nowhere to collect the ball feed Steve Connolly, who got a miracle return pass to Josh Pooley to send him over. More deft handling to the right then sent Glen Anfield over for his second.

The home side added a consolation try in the closing minutes. Man of the match was Jack Howdle, who playing in the unusual position of stand off half was instrumental in most of Beverley’s attacking plays.

This Saturday Beverley are away to Bilton Sully’s. Kick off is 2pm and it is to be noted that the game will take place at the Eastmount Recreation Centre not the usual Bilton Memorial Playing Fields.

It has been a busy time for club officials at Beverley ARLC preparing for life in the Yorkshire Mens League. Fundraising will be an important area that needs to be stepped up as the club develops.

The clubs annual sports dinner which attracts over 200 guests is by the club’s biggest fund-raiser, and the club believes they are better disposed in this area than most clubs in the Hull area.

However, they are not resting on their laurels and are looking to recruit someone on board who could bring fresh ideas in this area. If anyone feels they can contribute in this area, they can contact Chairman Graham Ostler on 07761266744.