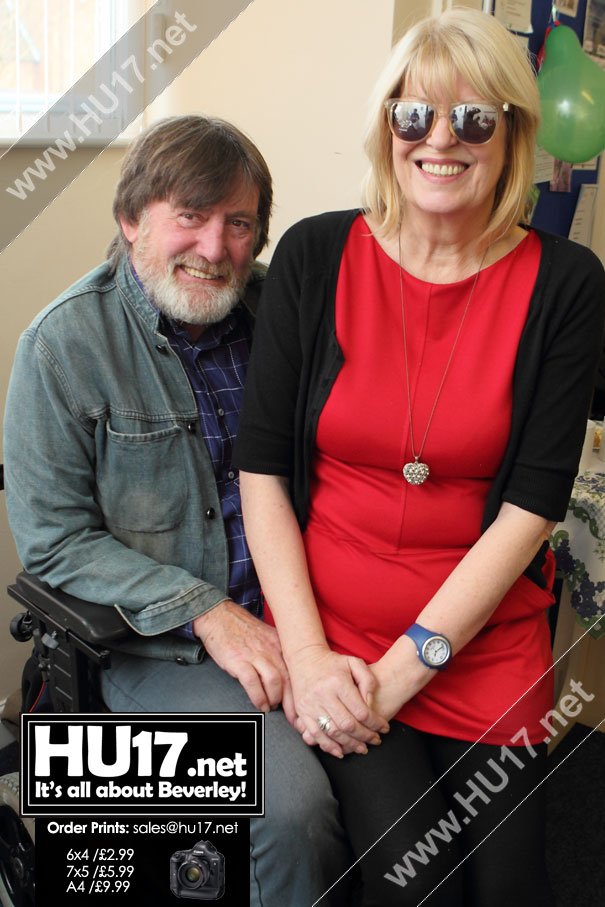 Support group at the Cherry Tree Centre in Beverley for people who have suffered a stroke has celebrated its first birthday.

“This group was started after I met Mr Thorley following his stroke. He was very down, he did not want to go out and see other people. I suggested he organised a coffee morning or something.”

“Being the man he is Mr Thorley got on with things. Using his connections he set up this group at the Cherry Tree Centre and things have escalated from there.”

Completely reliant on donations the Cherry Tree Stroke Club allows stroke suffers to get together creating a support network for one another.

“While I have spent many years working with people who have suffered a stroke I have not had one. Each of the people here has so they understand what one another is going through.”

“Younger people who have a stroke often describe it as a bereavement, they have to start over and rebuild their lives.”

“No longer being independent can be a difficult thing for people to get used to and that is why groups like this really help people.”

Members of the group say that its helps overcome the stigma in the media that people are miserable and end up with long faces after a stroke.

For carers the monthly meetings at the Cherry Tree Centre also provide a vital rest bite and a chance to talk with other carers.

One member, Peter Emerton suffered his stroke four years ago. Until that point he was a fit man working as a builder.

“This gives me something to look forward too. Since suffering my stroke I have given up smoking and drinking. A few of us still go to the pub but it’s strictly fruit juice. Whilst I do I have the odd pint I really suffer the next day.”

Mr Emerton used to be a regular in the Royal Standard, I myself have stood next to him having a pint on many an occasion. When I asked him what he missed most he said going to work, while he really wants to work physically he just cannot do it.

“I have the shakes now, also I cannot walk. I would love to be able to stand up and walk. Don’t get me wrong I can get about if I lean I furniture but that’s about it.”

“To go back to work would be great, I would do anything. I find it very hard not to be at work.”