Following the great success of the two initial gigs Quiet Riot returns on February 27th at Hodgsons in Beverley.

This month’s line up comprises of soloist Mark Rowland, Beverley act The Seas Of Wires, local favourites Office Party and headliner’s The Madisons. 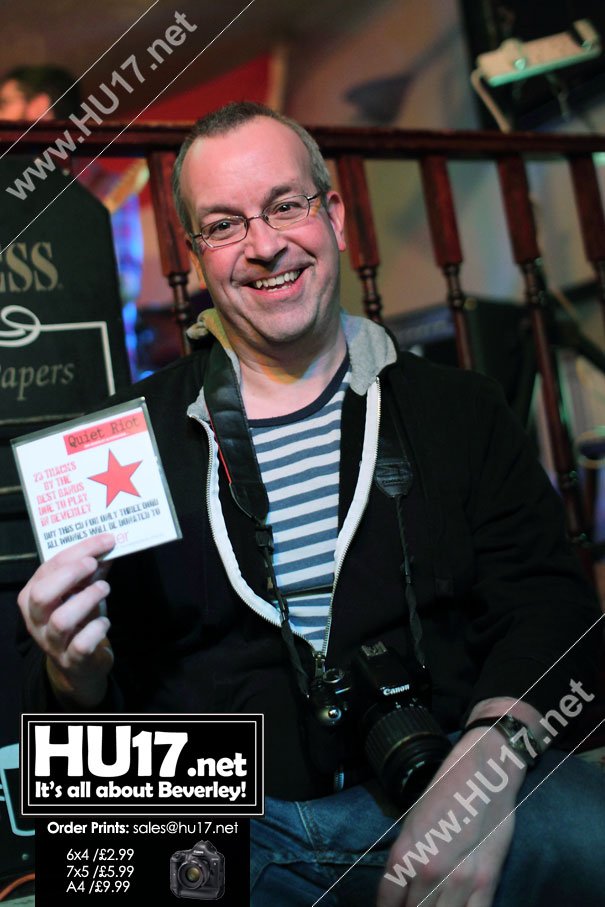 The Madisons are a 5 piece outfit from the sunny banks of Hull. With edgy guitar hooks and melodic choruses this is a band you will not want to miss. Mixed styles of Rhythm, Punk and Rock n Roll with influences such as – The Doors, The Kinks, Sex Pistols, The Strokes. The band has been together since the start of 2014 and The Madisons have been signed to American label Sour Mash Recording Industries.

Formed in late 2011, four piece indie band Office Party have gone from strength to strength, establishing themselves a place on the Hull music scene through up-beat, danceable guitar music encompassing catchy melodies and classic rhythms creating what has been described as a ‘vintage sound’. The band recorded six tracks with Derby based label Sound-Hub Records, the first of which, ‘Fine Without You’, described by BBC Introducing’s Alan Raw as having “an old-Hull sound”

Sea of Wires are a grunge inspired band from Beverley who consist of Laura Douse on electro acoustic guitar and vocal’s and Neil Fox on drums. They formed in 2011 and are influenced by a lot of early 90s bands such as the Lemonheads. They have appeared on the ‘Culture’ull’ album, played on BBC Introducing Humberside and at various festivals such as the Cottingham Springboard Festival, Freedom Festival and Humber Street Sesh.

Mark Rowland is an established local performer at accoustic sessions across the City and will open the nights event at 8.30.

As well as the performers the ever popular Rebellious Jukebox dj’s will be playing their tunes till 12.30 as the dancing continues well after the last performer has completed their set on the evening. The Rebellious Jukebox provide the soundtrack to the evening with some of the best alternative sounds from the past 50 years with everything from the MC5 to Manic Street Preachers. Quiet Riot can be regarded as a combination of the Sesh and Spiders Nightclub in Beverley.

These evenings are gaining great feedback and to help promote these gigs a ‘Quiet Riot’ CD has been released to highlight acts we aim to bring to Beverley. The 23 track cd will be available on the evening and at Minster Records in Beverley for £3. This will also be available in Hull at the end of the week in the Chinese Laundry and POP (Pride Of Place) Art Space at the Upper Deck in Princes Quay.

The gig starts at 8.30 and admission is £5 on the door . Advance tickets of £4 are also available from Minster Records in Beverley, Molescroft Newsagents, Costcutter Cherry Burton and the Chinese Laundry in Hull City Centre.