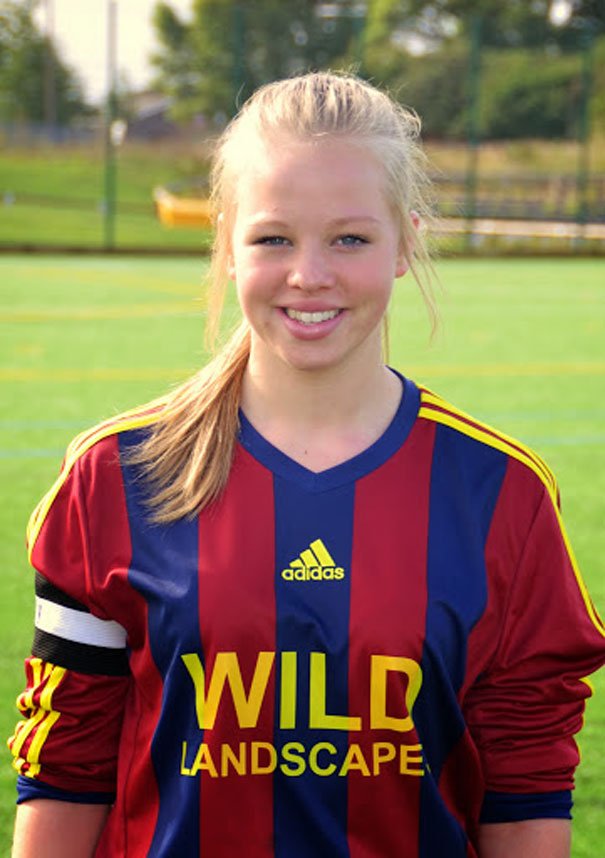 On a very windy day both teams provided a very entertaining game. Playing against the elements Mill Lane United Yellows started slowly against their enthusiastic opponents and after a defensive mix up went behind after two minutes.

Mill Lane United were on the back foot as Brayton poured forward and only a brave piece of goal keeping from Leah Shalgosky prevented a second goal. The Yellows finally found their feet an equalised after a brilliant through ball from captain Emma Johnson released a rampaging Misty Russell, who finished with ease to level the scorers.

Mill Lane should have gone further ahead after two shots hit the post, but with no one, following in simple tappings went begging. Credit to the Yellows who kept plugging away and after the introduction of substitutes, Skyler McLeod and Courtney Lees further goals followed 2 for Russell giving her a first-half hat trick and the fourth from McLeod, who followed into pounces on a rebound after a strong run from Morgan Nagee.

Mill Lane got to grips with the conditions and started to dominate play, defensively sound with Pluves, Pashby, Radford and Crockett working well as a unit and the midfield of Holliday , Storr, Johnson and Spriggs dominating their opponents, creating chances for strikers Nagee and Russell.

The half time whistle went with the Yellows leading 4 -1. Mill Lane United started the second half a lot better than the first half. Confidence returned with everyone wanting the ball, and plenty of chances were created in gale-force conditions.

Five further goals followed one each for Emma Johnson, Neave Spriggs, Courtney Lees, Tonya Storr and Misty Russell giving her four in the game. Credit to Brayton who never gave up in difficult conditions, and similar performances will see them start to climb the table.

A 9-1 victory for the Yellows of Mill Lane United Yellows and 3 points that keeps them top of the U16s East Riding Girls Football League and a great start to 2015 after a disappointing end to 2014 .

Man of the matches for Mill Lane were striker Misty Russell with a hard working determined display highlighted by four goals and captain Emma Johnson, who spread the ball well creating chance after chance for her teammates.