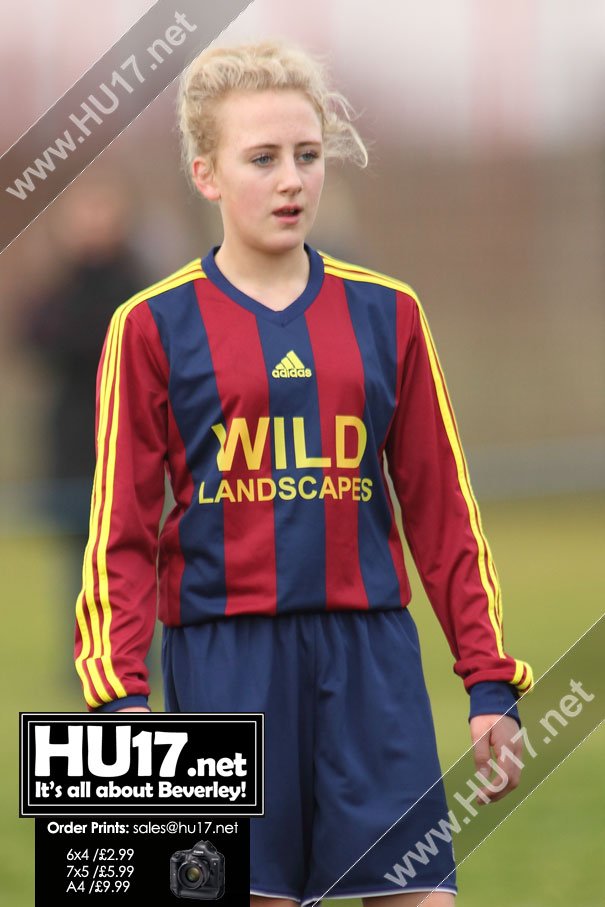 Mill Lane United Blues knew defeat would see them drop out of the chase for the East Riding Girls Football League title so a victory for both teams was vital. The game started with the Blues on the attack, and only a brave save from yellow’s goal keeper Leah Shalgosky kept the scores level.

The Yellows were well below their normal high standard but with Charlotte Holliday and Tonya Storr at the hub of all their best moves, chances were created and the yellows missed three clear cut chances, which would have given them an early advantage.

With chances going a begging, the Blues grew in confidence and took the lead when a cross from a corner went uncontested by the Yellow’s defence and up stepped Natalie Bell to head the Blues into a one nil lead which they took into the half time break.

If the first half was bad things would only get worst for the Yellows as they were totally out battled against their younger club opponents and looked a shadow of the team that has won 2 successive league titles. The harder the Yellows tried the worse it got as the Blues controlled the game and were rewarded with 2 more well taken goals from Demi Jo Watson.

So a well-deserved three nil victory and a well-deserved success built on hard work and desire for the Blues with Natalie Bell and Abbie Longley outstanding in midfield well supported by the energetic strikers Amy Dodds and Demi Jo Watson.

Like all good team efforts, a solid defensive display was essential with Jessica Wright and Skie Mae Wyatt totally dominating in defence for the Blues. For the Yellows, the end of a long winning run which comes as no surprise after several lack lustre displays this season.