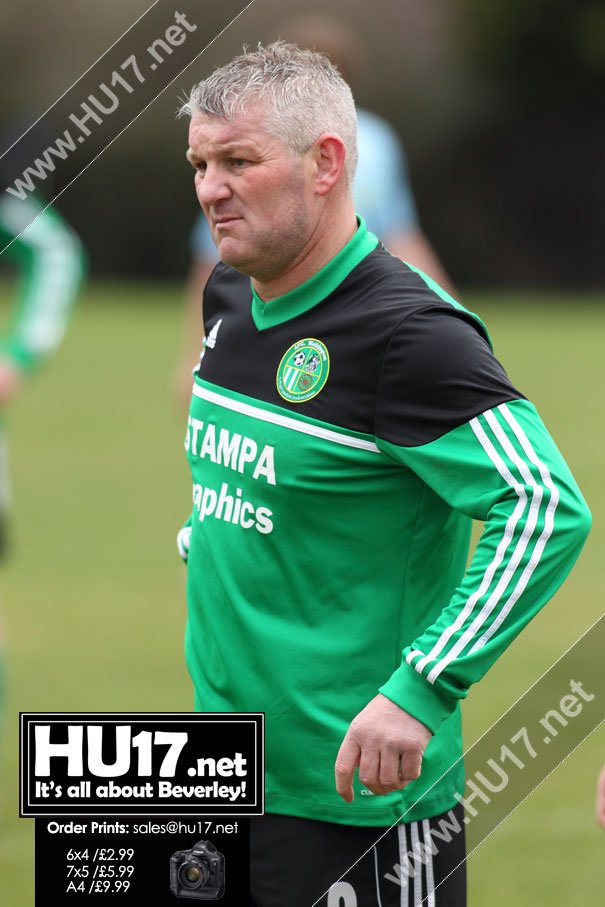 A pulsating local derby saw Walkington retain their unbeaten record but they were pushed mighty close by Town’s Reserves.

Walkington started the better of the two teams and towns back line was forced into an early rearguard action.

As the game settled down, the Beaver men began to enjoy more possession and took the lead through a counter attack.

The ball was played down the right for Alex Stark whose pace got him round the back, he looked up to find an unmarked Adam Gibson who scored from close range.

Town soon doubled their lead. From a well worked free kick Gibson deftly laid the ball off to Danny Cattle who finished well in the bottom corner.

Town thought they had gone further in front when Stark was first to react to a rebound only for the official to surprisingly rule out his effort for offside.

With a couple of minutes to go to half time Walkington got themselves back into the game. Town were guilty of giving the ball away and when it reached Thompson his pace got him into the box where he was able to set up, an easy tap in for Dean Windass.

The second half followed a similar pattern as Town were forced onto the back foot and had to dig in.

Walkington’s equaliser came when they gained possession on the half way line. A pass was played down the middle to Bowes who saw his effort saved, but the rebound was tucked away by Brad Palin.

With the game approaching the last 15 minutes Windass rolled back the years leaping above the rest to head home from a Luke Thompson corner.

Despite Beverley’s late pressure Walkington held on for the points.