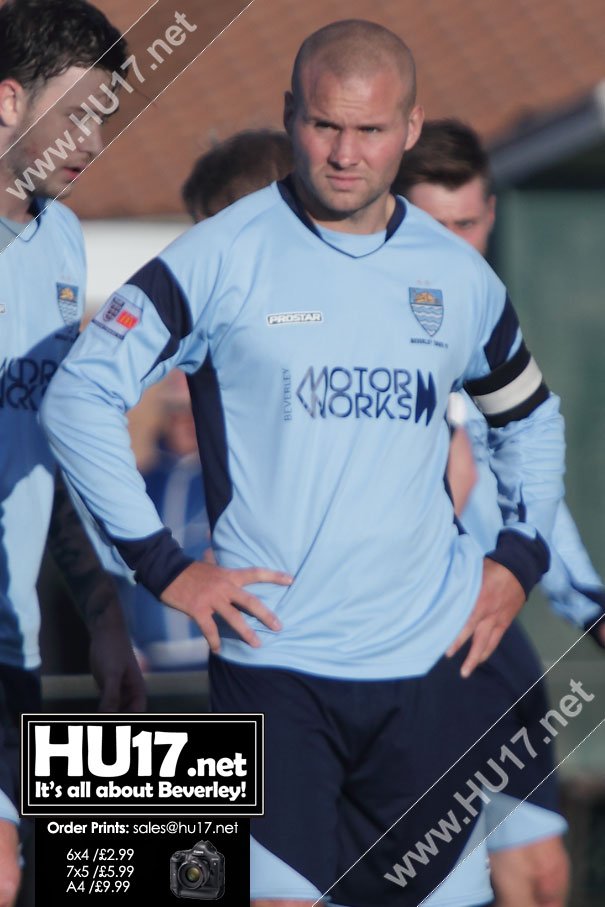 A goal in each half saw Humber Premier League Champions Beverley Town progress as they earned a deserved win and progressed to round two of the HPL Cup.

With the exception of Town’s stalwart and skipper Jonny Ricardo, Beverley’s entire squad was made up of players who were new to the club this season.

Keeper Charlie Dixon made two good saves to keep the game level and chances fell to Jordan Organ and Alex Rook yard before Town took the lead on 39 minutes when Organ managed to head a corner home.

The second half followed the same pattern as the first as Town enjoyed most of the possession. King saw two efforts go wide from crosses by Adam Williamson and debutant Dan Bennett was denied on two occasions by good saves from the home keeper.

Victory was secured five minutes from time when Ricardo scored with a header from a corner.

This Saturday, Town return to Humber Premier League action with a fixture away to Scarborough Athletic Reserves. With Hull United AFC dropping points the game gives Beverley a chance to close the gap at the top of the table.