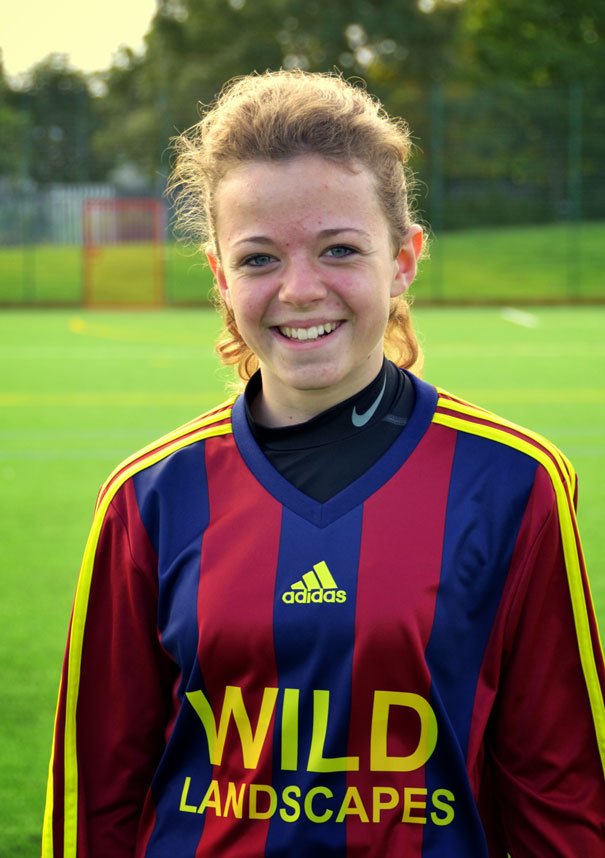 Mill Lane United Yellows kept their 100% start to the East Riding Girls Football League season and have still not conceded a goal after a two nil victory against North Ferriby.

If last season was anything to go by a close game was anticipated, and the spectators were not disappointed as North Ferriby took the game to the league leader in the early exchanges.

With Millie Templeman calling the shot in midfield and striker Beatrice Wood causing trouble with her pace up front, Ferriby were unlucky not to take the lead when a shot rebounded against the Yellows cross bar. Ferriby were on top winning the 50/50 challenges and giving Mill Lane no time on the ball as they tried to stop the visitors playing their normal passing football.

Any attacks were well dealt with by defender Epony Hepworth and a confident goal keeping display by Chloe Gray in the Ferriby goal to restrict Mill Lane Yellows attacking chances.

For Mill Lane United defenders, Courtney McConville and Neave Spriggs were having to work over time against enthusiastic opponents. The turning point for the Yellows was the introduction of substitute Skyler McLeod, whos intelligent running and passing got Mill Lane on the front foot in the Ferriby half, and a run and pass from McLeod found striker Marie(Misty) Russell charging into the area to finish in style to give the Yellows a hard fought one nil lead. With the rain, pouring down Mill Lane Yellows started the second half the better and started to dominate the game territorially.

With midfielders Morgan Nagee and Emma Johnson starting to take control and winger Tonya Storr causing havoc every time she had the ball the second goal followed. Storr raced down the left wing before cutting into the area and slotting the ball passed the stranded keeper to give the Yellows a two nil lead with, they would hold on to until the final whistle.

Credit to North Ferriby who raise their game in their encounters against Mill Lane United and battled hard to the end chasing and tackling as if their lives depended on it .For Mill Lane Yellows their 4th victory of the season with no goals conceded yet in the knowledge that performances have not quite yet met their own high expectations.

Man of the matches for the Yellows Skyler McLeod for a positive performance with some intelligent ball distribution after been introduced mid-way through the first half and Tonya Storr, who looked dangerous every time she had the ball .Special mention to Leah Shalgosky in the Yellows goal for her 4th consecutive clean sheet.