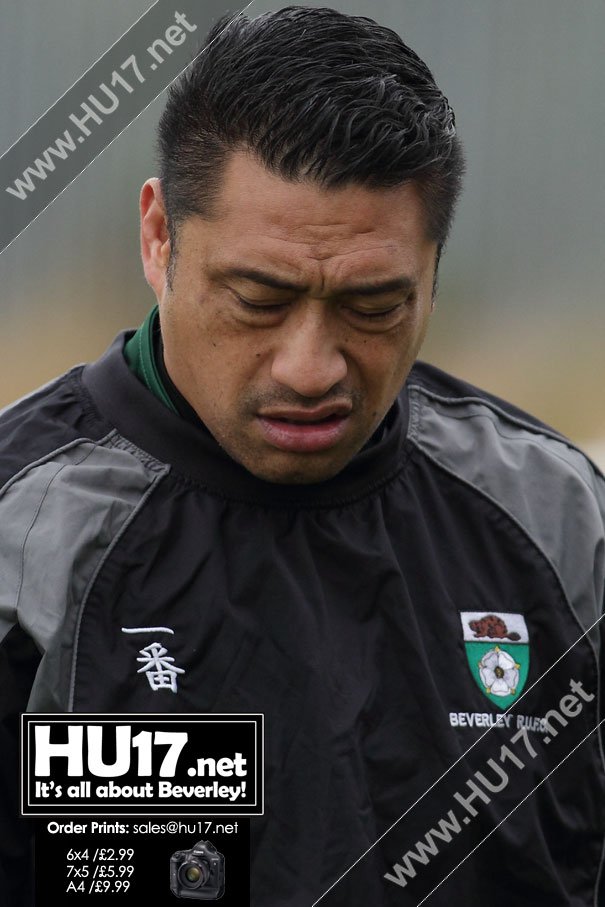 Some good rugby but not a particularly memorable afternoon.  Beverley had a good first half and led 21-17 at the break but fell away in the second half allowing Billingham to leave with a bonus point win.

Billingham probably deserved the victory by virtue of their greater spirit of adventure and enterprise if nothing else.  Their backs were fast and well organised and they ran the ball from anywhere.  Beverley had plenty of possession but their back play in contrast looked stunted and lacking in creativity.  Both centres individually ran strongly but there was little effective link-up play.  Beverley also kicked too often and poorly and in the end paid the price.

Billingham gave an early indication of what was to come when in the sixth minute they won a penalty line-out, moved the ball right, and wing Martin Hopley cruised over with alarming ease for the game’s opening try.  Billingham skipper and full back Peter Evans converted from wide out.  With his excellent kicking and elusive running throughout Evans was the game’s outstanding player.

After a long lay-off skipper Phil Duboulay made a welcome return at fly half for Beverley although he is clearly not yet up to full match fitness and his kicking out of hand today looked rusty.  None the less he quickly put Beverley back on terms when he cut through for a nicely worked converted try following a thirty metre well controlled drive by the Beverley forwards.

Beverley were starting to gain the upper hand, and up against meatier opponents their young pack was playing as well as at any time this season.  Their speed to the breakdown and industry in the loose gave them the edge and produced plenty of good ball for the backs.  Happily the line-outs today were working well with Ben Watson in particular having an excellent match.

Somewhat against the run of play Billingham recaptured the lead with an Evans penalty after Iain Morrison had been yellow-carded for a shoulder charge.  Evans then put them further ahead with a converted try after touching down from a kick and chase.  Yet despite being ten points adrift Beverley still looked the more likely eventual winners.

They were playing some good rugby, especially up front, and it was no surprise when centre Sam Atiola powered his way through the middle for a try under the posts which Duboulay converted.  14-17 and it soon became 21-17.  Beverley won a line-out on their own 22 and swept upfield with the ball moving through numerous hands before Richard Bussey sent wing Alex Smith in at the corner.  Duboulay converted with a fine kick from the touchline.  21-17 at halftime.  One more converted try you felt would probably seal a Beverley win as well as bring a four try bonus point.

Sadly for Beverley it did not work out like that.  The second half was a wholly different story.  They never looked quite the same again after the early departure of Ian Archibald and prop Alex Ogilvie who had been a formidable presence in the front row.

Archibald had been pressed into service in the absence of an available scrum half and while the legs may not be what they were the ability to provide a fast and accurate service is clearly still there.  Whatever the reason for it Beverley’s game gradually fell apart.  They seldom looked like adding to their score and Billingham increasingly took control.

Twelve minutes after the break Billingham recaptured the lead when a counter-attack from a loose Beverley clearance kick led to a try for wing Craig Shepherd.  Evans added a second penalty and at the death Beverley were denied even a losing bonus point when a catalogue of errors allowed centre Chris Hyndman to touch down for a final converted try.

In the end Beverley could have no complaint at the final result although the victory margin did perhaps rather flatter Billingham.  Defeat was particularly disappointing for Beverley after having been comfortably in control at halftime.