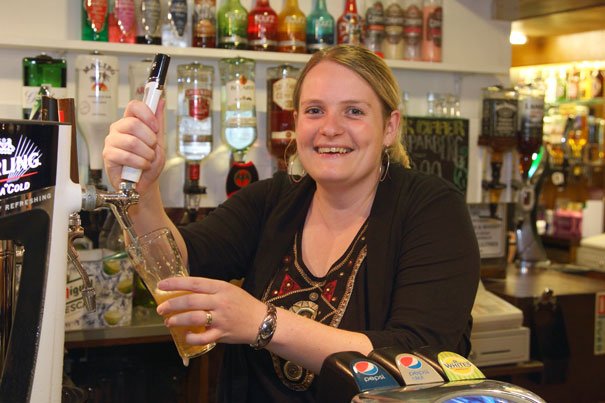 Excitement is building at Armstrongs Social Club ahead of their big event, Does Beverley Have Talent?

Sally-Ann Rena who runs the local club and music venue with her husband Toffie said;

“The event will be a showcase of talents of all ages of local people here in Beverley and the surrounding area it will be held on Tuesday 30th September at 8pm.”

“Most exciting for us is that it will be attended by the Britain’s Got Talent Production Team.”

Britain’s Got Talent is the show that searches for fresh talent in UK and is screened on ITV. Earlier in the year, the show set a new record for viewers when over 11 million people tuned in to watch.

With their pending arrival in Beverley, Britain’s Got Talent released the following statement confirming they will be there at the end of the month;

“The Britain’s Got Talent Production Team will be visiting Armstrongs on the night looking for a range of fresh talents!”

“If you have a talent that you would like to share, no matter how big or small, then we would love to see you!”

“Myself and Toffie are extremely excited to host such an event and to give local talent a chance in the spotlight.”

“Anyone the production team think could go further will then be contacted directly, and we aim to get as many people on stage as possible between 8pm and Midnight.”

“ There will be a full stage set up and sound equipment available provided by the club on the night.”
Sally-Ann said;

“I hope local people get behind the performers and support the event, for just £1 you can come along on the night and enjoy the entertainment.

Anyone interested should call Sally-Ann at Armstrongs Social Club to book a performance time before the 26th September, this is also the date when all music/tracks/props have to be handed in at the club.

Sally-Ann direct on 07855830685 or email armstrongsbeverley@hotmail.co.uk