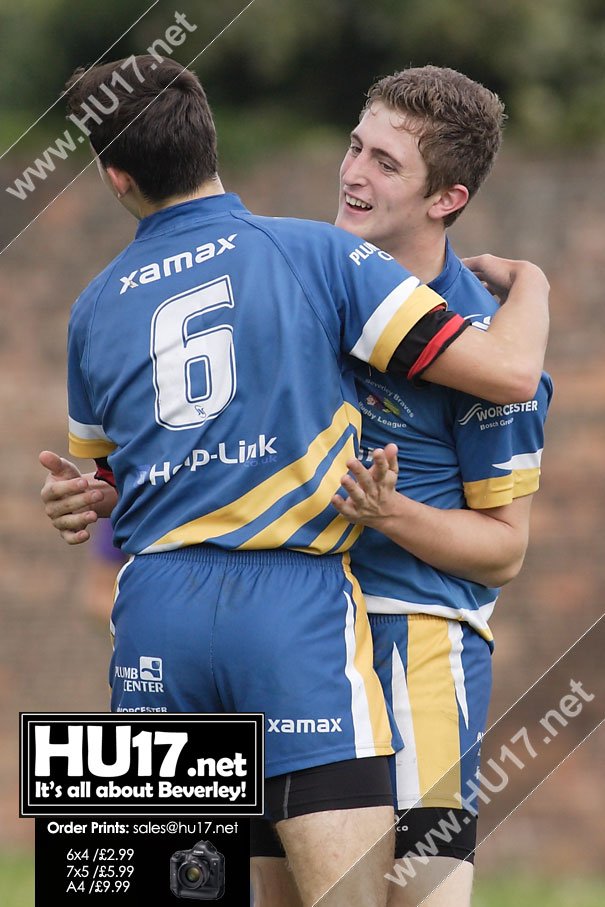 The Beverley Braves had not played as a team since 22nd June so they were all hungry for a game. The whistle blew and the entire team were ready for battle against fourth place Featherstone.

Early pressure from the home side was intense and they were rewarded when James McGahey provided a slick pass to Joe Wardill who scored within the first five minutes and converted his own try to give an early lead.

Despite taking the lead the players did not relent and within the next few minutes quick hands saw Nathan Collinson release an accurate pass to McGahey who found Wardill who powered over. He converted the try and Beverley dominated.

Everything was going their way as they had completed the perfect start and pressure continued with Harry Inman bursting down the wing making superb yards. Darren Benstead had an outstanding game from the off and despite playing with a hand injury never relented going forward and was committed in defence.

The Lions started to find their feet and the Braves had to defend. A neat chip from Featherstone was superbly taken by Will Johnson to quash the pressure.

Another spell of defensive play saw a vital tackle by Tom Woods who halted the attacking winger in his tracks and half time saw Beverley maintaining their 12 – nil lead.

In the second half saw a more determined Featherstone side that finally put points on the board with an early try out wide despite a fantastic tackle from Woods.

The Braves did not help themselves, at times giving away easy penalties which gave some much needed momentum to the visitors. It was not long before Featherstone scored again to take the game within two points with a timely scoot between the sticks.

Beverley had to return to form quickly and they started passing the ball around to force their way up the field. They managed to get within a few yards of Featherstone’s line when the infamous move saw Harry Bulleyment force his way over at a very crucial time.

The Lions responded quickly though with a try of their own to maintain the two point margin. Callum Officer, who had just returned after a lengthy lay off following a bad injury, gave the Braves such immense strength in the middle.

Beverley moved up the pitch and Johnson took the ball within five yards of the line. The next drive saw Collinson again release a timely pass to Wardill who ran through a gap and reached out full stretch to place the ball over the white wash. He converted again and Beverley had the game.

Featherstone tried a last ditch attempt to score and they threw a long ball out wide but Zak Mayo, who had had a great game, made an excellent tackle to bundle the player into touch and end the match 22 – 14.