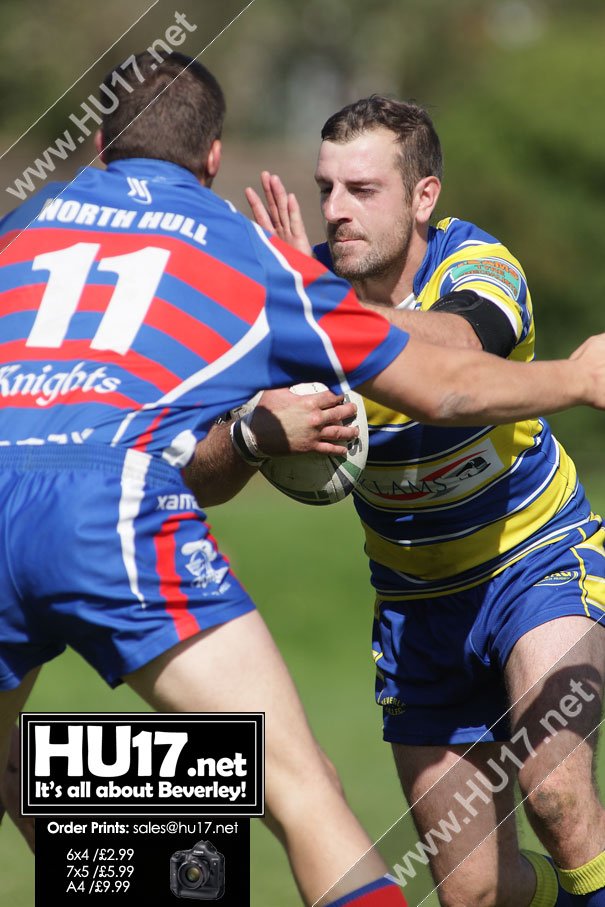 Beverley ARLC will commence their 2014/15 campaign this Saturday. The make-up of the two divisions in the Hull & District League has now been confirmed.

The blue and golds played their third and final pre-season friendly at the Leisure Centre on Saturday. They gave a pleasing account of themselves against Premier League opposition North Hull Knights, going down to a narrow 24-16 defeat.

With unlimited substitutions, Coach Pat Howdle able to give a very large squad some game time. The visitors swept into a 12-0 lead in as many minutes. The home side then settled down to the task, and Mike Cooper pulled back a try with a typically bustling run. Early in the second half the visitors stretched their lead with two further tries before the hosts finished strongly.

Steve Connolly drew his man perfectly to send centre Adam Robson sprinting away for a try. Connolly was again the creator with a chip ahead seeing Adam Robson pounce and score in the corner despite the attentions of a cluster of defenders.

The afternoon proved to be a very worthwhile exercise against one of next season’s favorites in the Premier League next season-indeed a side that has been scoring tries for fun in all their pre-season friendlies to date.

Beverley’s opponents this Saturday is still to be confirmed.