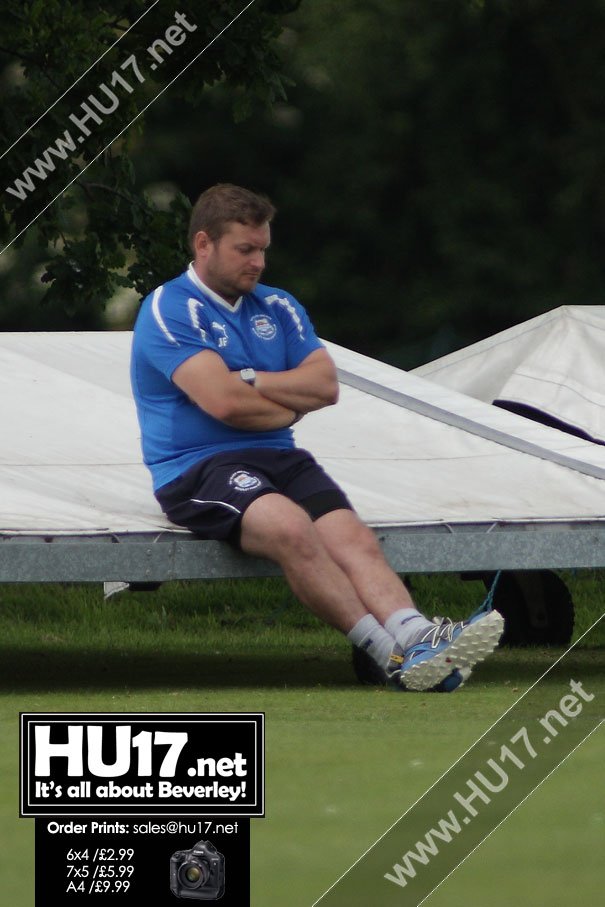 Jonathan Fisher says it is time for his side to look forward as he hopes for more from his experienced players this weekend Beverley Town Cricket Club travel to Hull Zingari.

Yet again Beverley’s top order collapsed as they were hammered by Easingwold in the York & District Senior Cricket League.

Reflecting on the game which Beverley lost by five wickets a deflated skipper said;

“After taking a somewhat wounded team to Easingwold we were always going to be up against it, many of the key players were still suffering the consequences of the charity walk from the week before.”

“It was again the failure of the top 4 to generate any runs that made it an uphill struggle, Greg Whyley fell for another duck at first team level, Anthony Spence got an almost un-playable delivery and was out LBW so the two openers contributed nothing to score.”

For the skipper and the story was the same, he managed just eight runs before being caught, he said;

“I was at the crease with Olly Grantham, he could barely put one foot in front of the other and subsequently was caught behind for duck.”

“There was only positive in the match which was a good partnership between Andy Burton and Jonny Vodden, they went on to make a brilliant 76.”

“We fell well short of a par score against a very attacking Easingwold batting line up and although we took some early wickets it was too little too late and the game was gone.”

Defeat means Beverley have fallen further off the pace at the of the table, defeat on Saturday and should other results go against them they could conceivably end up dropping three of four places.

Fisher however is hoping his side can put the weekend’s defeat behind them and focus on the next game, he said;

“It is time to look forward again, we go away again this time to Hull Zingari which will on current form be a tricky fixture.”

“We beat them convincingly earlier in the season at the Norwood Recreation Ground but they certainly have home advantage this time around.”

“Sadly we are missing Faisal Abid and the in-form Andy Burton but there creates a chance for Paul Best who comes up to the first team after scoring runs freely seconds.”

“I’ll be looking for the senior players to really dig deep with this one, we’ve been performing well below par for a few weeks now so we really need to push on and get back to winning ways.”