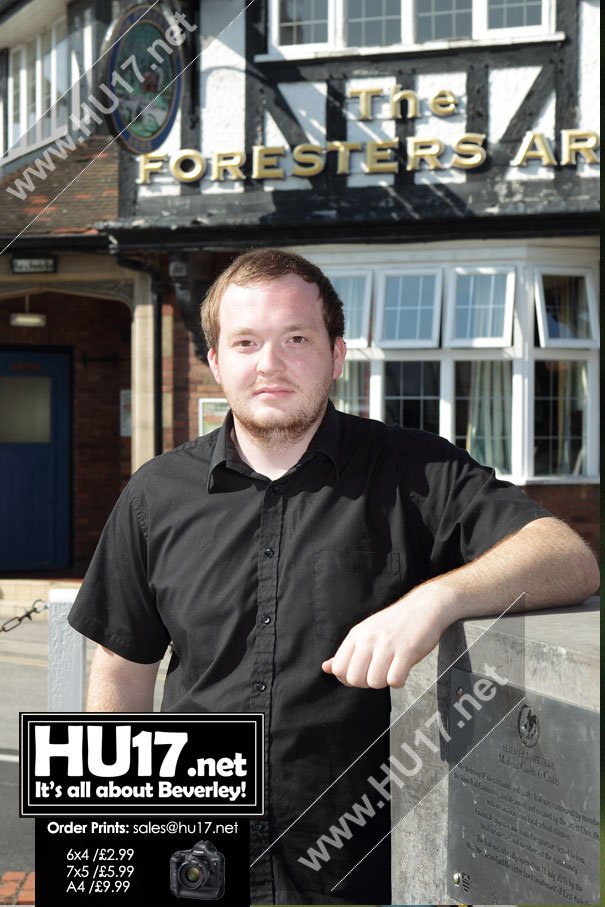 Richard Darvelle the new landlord of The Foresters Arms has pledged his support to this weekend’s charity Raft Race.

Richard who has been in charge at the Beckside boozer for just over two weeks got involved with the N.U.R.S.E. fundraiser after being asked to put up a poster.

Now in its third year the raft race on the Beverley Beck continues to grow in popularity with 11 craft entered for this year’s event.

Speaking to HU17.net about the forth coming event Richard said;

“Events like this are really good from bringing people together and help build community spirit on the Beckside.”

“On the day we will be holding BBQ and also running a bottle bar and providing the organisers with some space for the band.”

“There is a real buzz about the place, we have had a few teams in the pub who have holding meetings and been discussing their race attics.”

“Time was against us this year in trying to get a raft ready in time as we have been really focused on running the pub, but who knows next year we could have a raft in the race.”

Jane Tattam the Chairman of the charity N.U.R.S.E. said;

“With the Foresters Arms joining in with the Raft Race events on 26th July  it makes it more of a community event involving surrounding local businesses.”

“The Sloop Inn, which has sponsored us for the last 3 years, has given us £100 towards the outgoings of the event plus at the end of the day we will be holding a mega raffle in the pub.”

So far this year’s event has attracted a lot of interest, organisers say aside from the 11 rafts they have 10 stalls, face painters, bouncy castle and the Syntan Barge will also be open to the public.

Proceedings start at 11am and run throughout the day. The Raft Race will take to the water at 1pm with the racing set to last until 2.30pm in the afternoon.