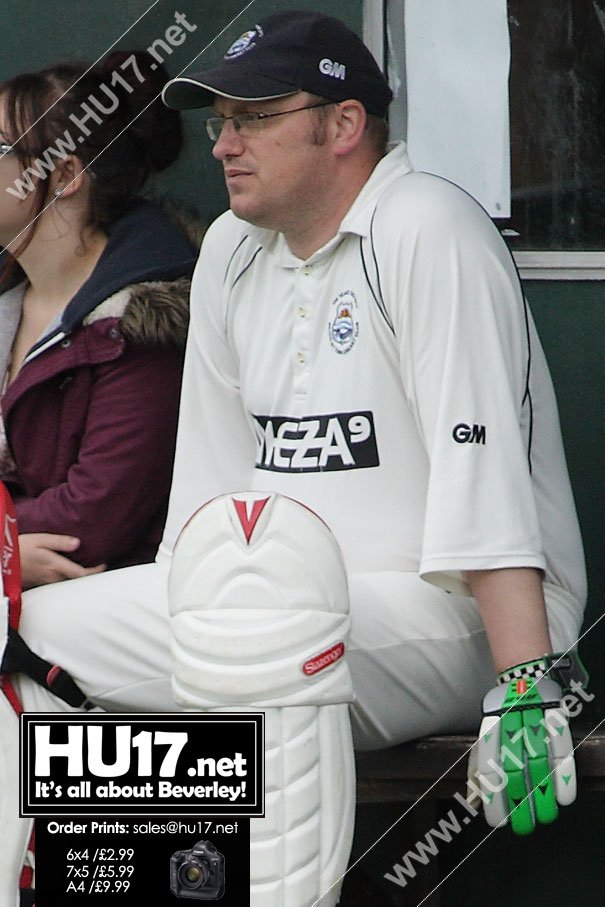 Richard Simpson says he was left ‘disappointed’ after Beverley Town Cricket Club 4th team was beaten by Hessle at the Norwood Recreation Ground.

Simpson, speaking after the game said;

“I am absolutely gutted that we lost on Saturday. Due to a shortage of players, we only fielded a team of 10 men, and we came so close to beating Hessle, who are top of the league.”

“Hessle are a far superior team to us, but after some amazing performances by the youngsters we came within just nine runs of getting what would have been a major win for us as a team and a club, I am devastated for the lads.”

Hessle batted first, and Beverley’s opening pair of Charlie Bough and Owen Parnaby struck early as Hessle found themselves 10 for 2.

Parnaby took his second wicket, in an outstanding spell of 6 overs 2 for 16. Charles Fish took over from Bough and bowled well without reward, his 6 overs only conceding 17 runs.

Veteran Simon Roe, helping out the 4ths due to lack of numbers, showed his experience as he struck three times in taking 3 for 23 from 10 overs.

“Simon Roe showed he can still mix it. His lad may be playing with the first team these days while his dad watches but today Roe was pure class and could have easily taught his boy a few things.”

Town’s 4ths had leaders in trouble at 95-6, but some big hitting by Sikala enabled Hessle to post 127 all out. There was a wicket for Matt Novis and the openers returned to each take a wicket, Bough (2-27) and Parnaby (3-17) the superb final bowling figures.

“The kids bowled really well. You cannot take anything away from them. They had Hessle in all sorts of problems right from start. Yet again it just goes to show what talent we have at this club.”

After the heroics by the bowlers Beverley were always in with a chance, a fine 25 from Will Harrison, 12 from Novis and 10 from Parnaby kept the game finely balanced.

Ian Goforth making a return to help the club out was the final hope and managed 25 before being dismissed as Beverley ended nine runs short of their target.

“There is a massive gulf between the sides, Hessle have not been beaten all season, and yet we pushed them all the way.”

“On another day and maybe if we had 11 men, we would be having a different conversation now. This is all should’ve would’ve could’ve.”

“Although we lost the match I could not have asked for anything more from the team, they gave it everything even though we were a man down we nearly caused a massive upset.”