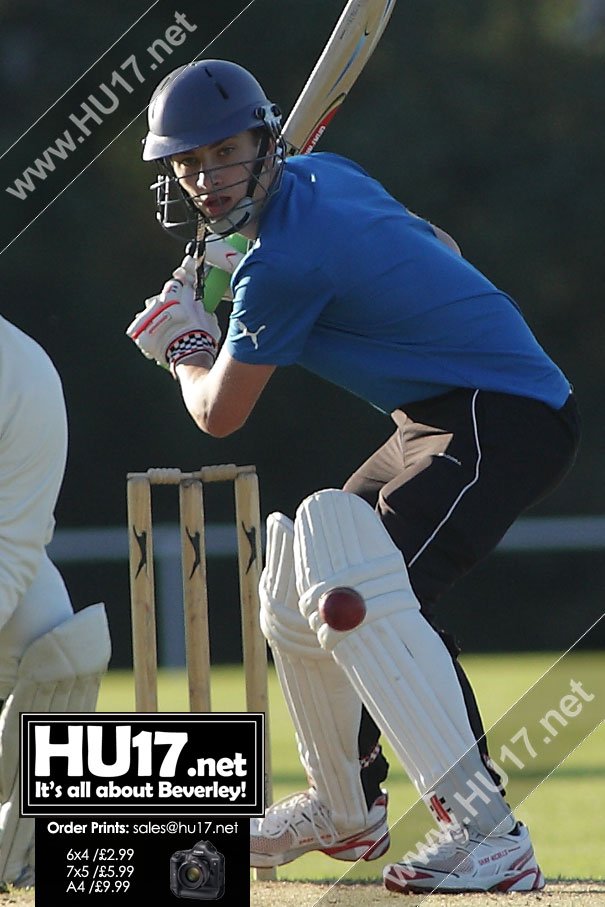 Launch by the ECB the brand-new Twenty20 competition for teenagers is part of its wider efforts to boost participation and keep more youngsters in the recreational game.

Playing as the Beverley Buccaneers Town’s young guns blasted away Hull Zingari beating them by 117 runs at the Norwood Recreation Ground.

Rob Fish, Greg Whyley both had to retire after reaching 50 while Kieran Simpson chipped in with a good 33 as the Buccaneers ended on 202 for 2.

Skipper Rob Fish was delighted with win, he said;

“After losing the toss we were put into bat, we knew the track at Norwood would be good for batting and got off to a flyer. After Simpson went Whyley came in and just carried on from where he left off on Saturday.”

Fish was one of three brothers in the side. Will and Charles also played in the game, and Fish feels the team have a realistic shot at making final’s day he added;

“Competition for places is good, for us as cricketers the ECB NatWest Twenty20 gives us a real chance to play one of the biggest stages in cricket.”

“Our batting really well posting a total, basically we batted them out of the game scoring at over 10 an over.”

“We also bowled with good intent, which was backed up by some top quick play in the field. You have to say this was simply a fine all round team performance by the team.”

Beverley Town were invited to take part in the competition and are now just two wins away from making an appearance in the final at the Grace Road ground in Leicestershire, home of Leicestershire CCC, on Monday 1st September.

Richard Simpson who captains the fourth team was at the game, he said;

“Again you got to see how good the youth policy is here at our club. All the lads that were playing tonight have come through the club. All of them started with softball cricket and have progressed.”

“The first innings was incredible to watch. Beverley were playing the ball all over the park. Whyley yet again showed his potential following on from the 116 he got on Saturday by getting another big score in this match.”

“This competition is brilliant idea by the ECB, it is initiatives like this that help keep interest in the game. Some of the younger players find it hard to comit every Saturday so the shorter format ensures they keep playing cricket and keep their interest in the sport alive.”

The NatWest U19 Club T20 competition is currently being piloted in Durham, Kent, Surrey and Yorkshire.

It aims to improve retention rates for teenage players in club cricket and increase migration from junior to adult cricket.

It offers 15 to 19 year olds in the four counties the chance to play the game with their friends, access volunteering opportunities and take ownership of their local club – including selecting their own team-name.

Beverley Buccaneers will now face either Cottingham of Fenner in the next round. Confidence is high in the camp, and if they continue to play the way, they did against Hull Zingari, they have every chance of reaching the finals.