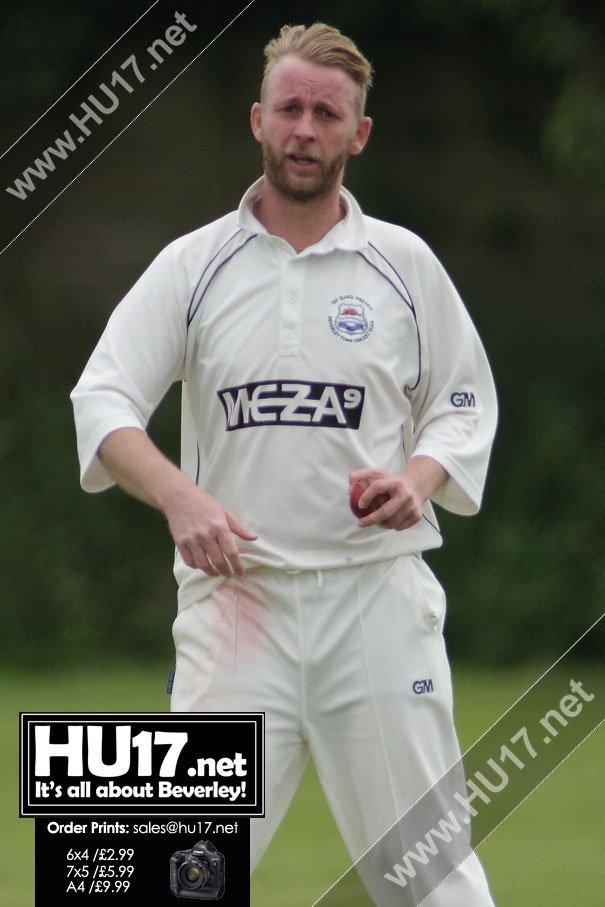 Beverley Town Cricket Club 3rd team captain Sam Welburn was left feeling disappointed after his side drew with Sutton despite getting themselves into a strong position in the match.

“I was disappointed, we got ourselves into a really good position early on but didn’t go on and kill the game off.”

“As a club we had a lot of players missing this week, but the lads who came in really did well and put a shift in. In particular Matthew Saint was very impressive with the ball.”

Beverley started positively with the home side soon reduced to 6 for 2 and then 27 for 4 against Kieran O’Brian (3-26).

The home side slumped to 102 for 7 but Town could not force home the advantage and Sutton closed on 157 for 7.

Welburn bowled a very tidy spell, taking 1 for 25 from 12 over’s and Matthew Saint put in an excellent 7-over spell taking 2 for 21. Neil Graham (1-41) was the other wicket-taker as Town yet again rued missed catching opportunities.

Runs were hard to come by as last weeks in-form batsmen were in the 2nds helping them to win their game. It took Town 15 over’s to reach the 20 run mark as they, like Sutton, suffered an early collapse, this time to 9 for 3 brought about by some very poor shot selection.

A determined Alex Nightingale, at last back to his old resolute self, led a minor recovery and he was aided by youngsters Tom Norton (25) and Tommy Hudson (13) who both batted with maturity in a difficult situation.

Nightingale top scored with 35 and Saint hit an unbeaten 15 at the end of the innings to help Town secure ten points from a losing draw at 125 for 8.