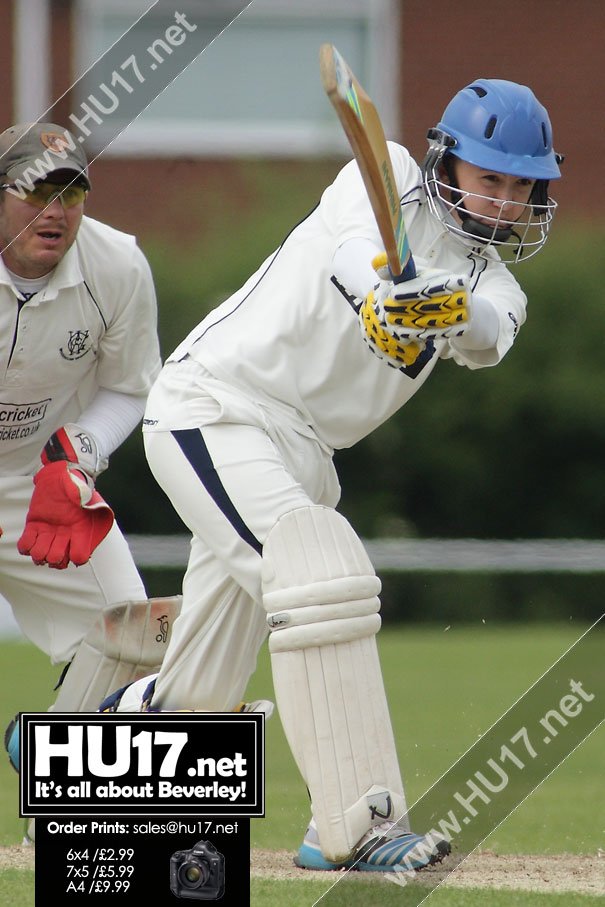 Beverley Town Cricket Club 1st XI have slipped to fourth in the league after losing to Woodhouse Grange.

Town were well beaten at the Norwood Recreation Ground as the visitors claimed all 30 points in comprehensive nine wicket win.

With three of their regular players not available this week it meant there was a chance for the youngsters to step up and play first-team cricket against the league leader’s Woodhouse Grange.

Despite winning, the toss skipper Jonathan Fisher elected to bat, a plan that back fired, commenting on the game he said;

“The pitch looked like it would be a dream to bat on so I decided to bat first and hopefully post a decent total, we’ve scored most of our points this season by bowling second so I took the brave decision to bat first.”

Beverley soon found themselves in trouble with the top three batsmen all dismissed cheaply. The experienced Olly Grantham made 49 and Alex Morrell 32, taking the score to 144 all out in just 43 over’s.

“Sadly the plan didn’t work out. Our batting failed as a unit again with only Olly Grantham making a score, he desperately needed a partner to bat with so he could play with some freedom, but we just didn’t do that.”

In reply, Woodhouse had no trouble knocking the runs off making 147 for the loss of only one wicket in just 33 over’s, cruising to an easy 30 point victory.

“At 144 at tea there was always a chance for a positive result, but this depended on taking early wickets. Alex Morrell developed an injury when taking the field so it was disappointing not to be able to use his pace as he couldn’t bowl.”

“Tommy Haytack was the pick of our bowlers after a couple of very economical spells. The pitch only got better and better as the afternoon went on and Woodhouse knocked of our total with ease for the loss of just one wicket.”

“Next week is a tricky fixture for us away to Fenners. The lads remain positive and upbeat so a good weeks training with plenty of hard work should see us get a good result.”

Young leg spinner Greg Whyley was the only wicket taker for the home side leaving Town fourth in the York & District Senior Premier League table, 47 points behind the top side.

Beverley Town 1st XI 144 all out lost to Woodhouse Grange 147 for 1 by nine wickets.