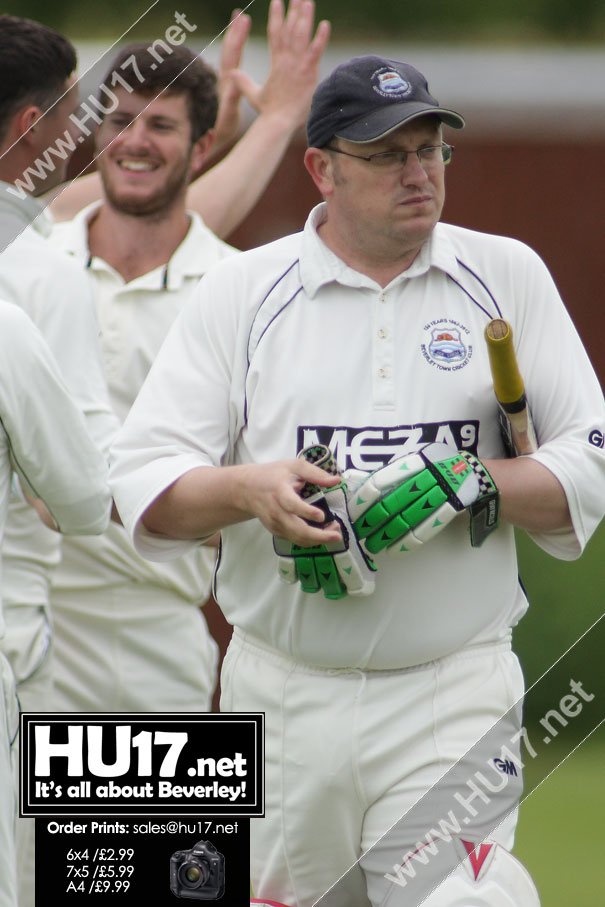 Batting first Beverley posted a score of 156 as 15 year-old Will Harrison showed his potential with a credible 38. Dave Ricardo also contributed with the bat chipping with half century.

“Will Harrison showed his potential again with his 38 and Ricardo with his 50 showed what a good all-rounder he is.”

“This was fantastic effort by the whole team as we narrowly lost.”

“All the bowlers did their best, especially Joey Franklin on his debut and Lewis Richardson who along with Pip Pearson changed the game with tight control and all were unlucky not to take a wicket.”

“Barry Sayer showed his class with 4-29 in 12 over’s and we gave Humbleton a real fright as they only had 3 over’s left.”

“Considering the number of changes in the side and against strong opposition, a really good performance.”