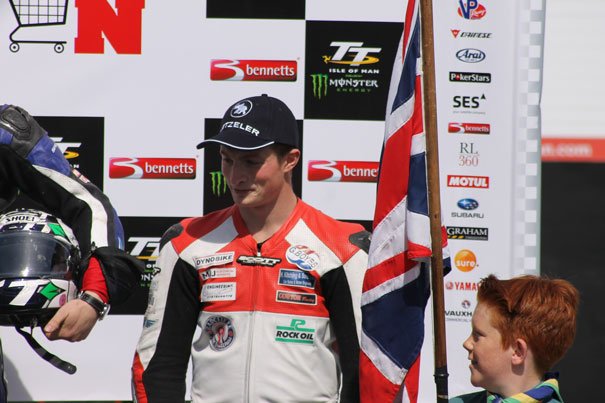 East Yorkshire’s James Cowton enjoyed a superb week of racing from the rising road racing star at this years Isle of Man TT.

Next race up was superstock race and CBR 1000 Honda mounted James brought the SJP moto backed bike home in a fantastic 13th position. This year has being James first time competing on a 1000cc bike on road race circuits, already he getting to grips quickly with the big bike.

But the best was yet to come as the lightweight TT race beckoned on Friday morning. Riding for Stewart Smith racing on a ER6 Kawasaki the highly talented rider produced a memorable performance securing third place finish.

Its James first TT podium finish which is sure to be the first of many. Already at only 22 years old he has won newcomers C Manx Grand Prix race back in 2012, being runner up in formula 2 classic TT race last year and is now a TT podium finisher.

Theres no doubt during TT 2014 that James has being one of the most improved riders on the mountain course. His first time competing at Isle of Man TT has being highly successful and he has over achieved in his first outing in the worlds greatest road race, a incredibly bright future is ahead for a rider who no doubt soon will become a TT winner.