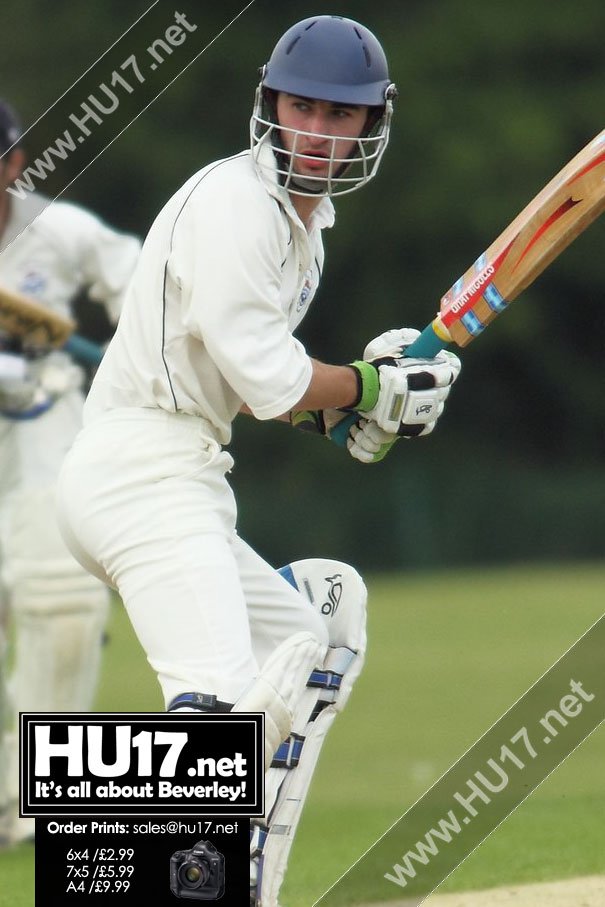 Beverley Town Cricket Club 3rds embarked on their longest trip of the season to the picturesque ground of Patrington. Town won the toss and elected to bowl first on a spongy looking pitch.

Run scoring was kept to a minimum by Beverley’s bowlers who all bowled excellent spells. Skipper Sam Welburn was once again on top form with the remarkable figures of 3 wickets for no runs in 7.1 over’s.

Kieran O’Brian continued with his tag of ‘Mr. Consistency’ with 3 for 17 whilst James Emery claimed 3 for 16. Brad Dobson (1-31) was Town’s other wicket taker. Patrington were bowled out for just 95 in a superb effort in the field by the 3rd XI.

Beverley’s reply got off to a horrible start as they were first reduced to 6 for 2 and then 16 for 4, but the evergreen Tim Fordon (29) and new number seven Rob Fish (30 not out) rescued Beverley to score the required runs inside 29 over’s.

This was the 3rds second win in as many weeks and Captain Sam Welburn was delighted overall with the display but was slightly concerned how some batsmen didn’t seem to want ‘dig in’ when required.

Speaking after the match, Welburn said;

“It was another fantastic result, but we made hard work for ourselves, bowling Pattrington out for 95, we probably thought it was going to be an easy day.

“After we lost 4 wickets very early on, Fordon and Dobson finally dug deep and got us going.”

“Fordo played a superb innings for 29 on a really difficult track, but Fish came in and won us the game with a brilliant 30 from 33 balls.”

“We’ve got such a strong batting line up, and it’s great to see the competition for the places higher up in the order.”