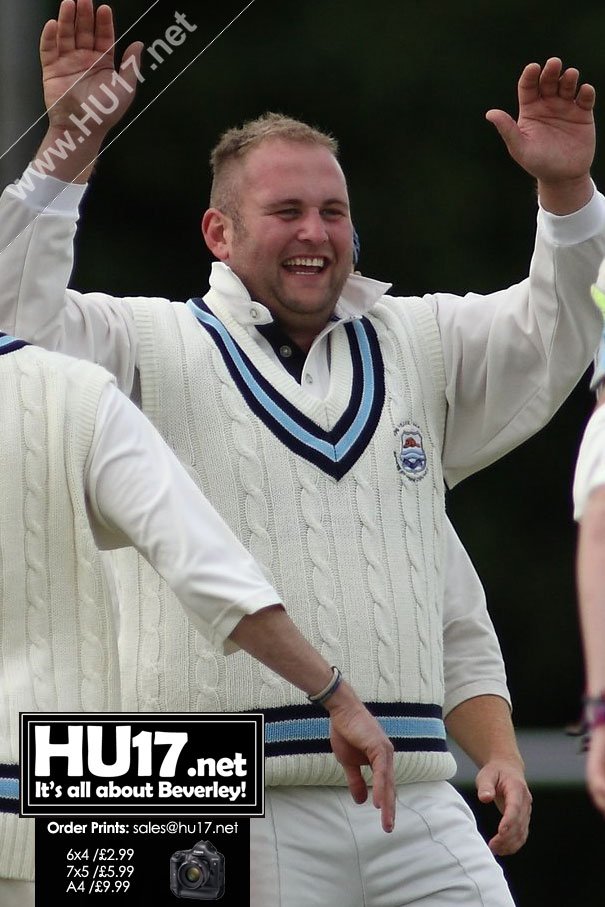 Beverley Town Cricket Club 3rd XI skipper Sam Welburn praised his side for what he called a team effort against Brandesburton at the Norwood Recreation Ground.

Beverley managed to field a strong side despite a number of missing players for the visit of Brandesburton to the Norwood Recration Ground.

“It was a great result and one that involved all eleven players. Rich Riley’s batting performance was outstanding and he was well supported to young Tommy Hudson which allowed us to push on from another strong early start.”

“Keiran O’Brian was brilliant with the ball for the third week running and was James Emery was unplayable for the first seven overs of his spell.”

“Another 15 year old, Will Harrison stepped up to keep wicket and had a very strong game, taking a great catch. “

“With so many players missing on Saturday it really shows the depth of talent at the club and it’s great to see competition for places in the teams going forward.”

Welburn was without question the star of the game, the skipper picked up six wickets, he said;

“Getting six wickets myself and especially the hat trick was a special moment but it was about the team of Saturday and getting the win.”

The match was dominated by two outstanding Beverley performances in a game Town had control of throughout.

Brandesburton won the toss and decided to have a bowl. Boosted by the return of club legend and chairman Ali Brumfield the Buccs started with nearly all batsmen making contributions, Brumfield (61) and Chris Charles (36) looked to accelerate and this was continued by Tim Fordon (27), all playing some nice shots.

At 135 for 3 Beverley were well placed for a final push in the last 15 overs. Youngster Tommy Hudson (21) batted with great calmness offering Rich Riley excellent support in a 90 run partnership. Riley continued with some clean hitting to fall in the last over for a superb 79 (6 x 4 and 8 x 6). The 3rds reached an impressive 245 for 7 from their 45 overs.

In reply the Brandesburton reply never got going as wickets fell at regular intervals. Opener Kieran O’Brian claimed 3 for 49, whilst Jacob McMullen had an excellent day in the field with a ‘one stump’ run out and two important catches but the star of the show was Skipper Sam Welburn, who took 6 for 18 in 8.4 overs including a hat-trick.

Some late order hitting from Liam Cutts (41) offered some resistance but the result was never really in doubt with Brandesburton eventually bowled out for 142. Skipper Welburn was elated with his first victory as captain of the season and is looking forward to many more.

“It’s time now to push on further and keep this confidence and momentum going in to our next games.”