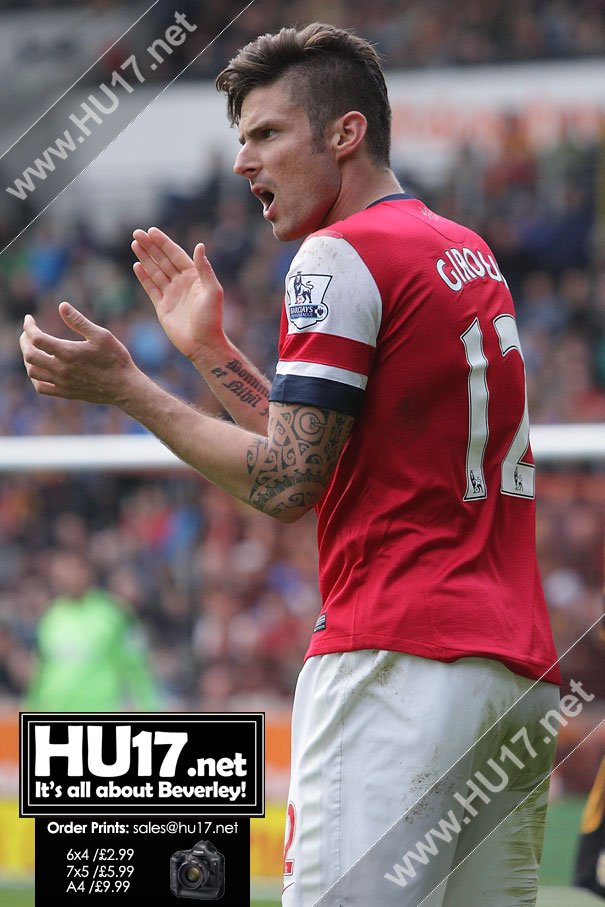 There is a certain game of football on today that has got the people of our region all excited, the FA Cup Final which will Hull City take on the mighty Arsenal at Wembley Stadium.

All week long you have been hearing from the managers of Arsenal and Hull City, the players who will take part in that game and the pundits.

I wanted to find out what some of the experts here in Beverley thought so spoke with some of the guys who have managed some pretty successful local teams in recent times, oh and one very out spoken Arsenal supporter.

First up is Daniel Williams, a well respected manager he is best known in Beverley for building one of the greatest sides, Beverley United this is what he had to say about today’s FA Cup final;

“I think Hull City can win the cup. Since they got to the final they’re league form has been atrocious but this is solely down to the reason that they know they have one big game this season.”

“Then, as the commentators are discussing penalties, Elmohamady whips in a cross right in to the corridor of uncertainty and Sagbo will smash it in to the back of the net.”

Next up is Lewis Jenkinson. Lewis brought silverware for the first time to the Inter Beaver and knows a thing or two about winning cup he thoughts about today’s final were to the point, he said;

“Arsenal will win. They have too many experienced international players. Not many, if any, Hull City players would get in the Arsenal side.”

Humber Colts legend and die hard Hull City Tony Henderson was next, with five promotions and couple of championships and endless hours following Hull over many years, said;

“This is too close to call really. Arsenal have the quality but also the pressure and expectation. City have nothing to lose. If Hull City can keep a clean sheet for the opening 20-30 minutes I believe they can win it.”

“If Arsenal score early then it could end up 3 or 4 nil. I think the deciding factor will be if the Arsenal players can perform under the massive pressure and expectations the club and fans have put them under. I say a 2-1 City but I’m biased and ‘Living a Dream.’

Former Hodgsons FC manager and local landlord of the Beaver Pub Rob Lever is a cool customer, taking the emotion out of his views he can only see the cup staying in London, he said;

“Arsenal, are a stronger team and in better form and also need to win something for Wenger. Also I think the occasion and build up in the area will effect City. But it’s a one off so you never know!”

The last of the managers to share views in the former Beverley Town Football Club boss Dave Ricardo. With two Humber Premier League titles and a Northern Counties Cup it’s fair to say he’s knows a little but about football, he had this to say about today’s cup final;

“On form and experience Arsenal should win it comfortably. However if Hull City keep it tight first half and don’t expend too much energy in doing so the beauty of the FA Cup may just mean they can sneak a goal and make the Gunners leave space at the back. I hope it’s an enjoyable game for both parties.”

There are not many of us Gooner’s up here but this guy needs little introduction, he never frightened to speak his mind and as a fellow Gooner it will come as no surprise that Alex Lawrence can only see the FA Cup going one way, he says;

“Arsenal are absolutely going to annihilate Hull City at the weekend. With a full strength team and two of the best play makers in the premier league in Ozil and Ramsey I just can’t see arsenal scoring any less than three goals.”

“The gunners defence has been one of the most solid in the league this year with Mertesacker an absolute rock at the back and there is just no way Hulls average championship standard strike force of Fryatt and Sagbo are going to break the arsenal rearguard.”

“If Arsenal had kept their best players fit they would have no doubt won the Premier League, for me and Hull City only finished 4 points above the drop zone so there’s a huge gulf in class.”

“I am going to predict the same result as when the teams met in the Premier League a few weeks ago at the KC Stadium and City where passed of the park, 3-0 to the Arsenal.”