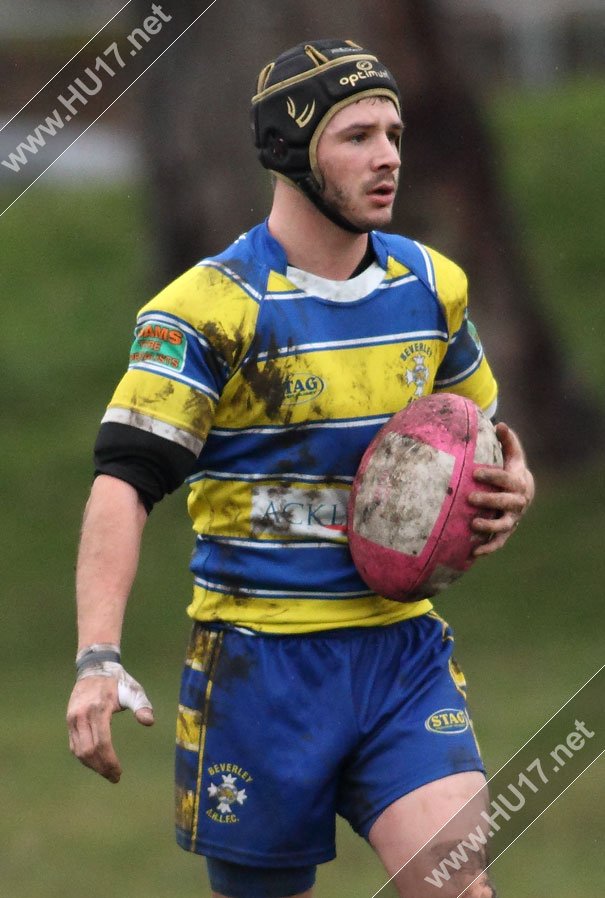 This game was a disappointment for the blue and golds against a Hull Wyke second string.

They had spells of quality possession and territory which they failed to convert into points. Lee Stevens, Gavin Proctor and Mike Cooper were all missing due to work commitments forcing a re-shuffle of the side. Steve Connolly was moved up to hooker, and Lee Falcus was moved to full back.

The home side were first on the scoreboard with a score from a cross-field kick which exploited the very large in-goal areas at the Hull Wyke ground. It did take just five minutes for Beverley to reply. A crisp handling movement to the right saw Nathan Hoggard cross over for a well-taken try in the corner. The try was too wide out to be improved, but it put the visitors on level terms.

Beverley then enjoyed their best spell of the match forcing two successive line drop-outs but just could not get over that line. Hull Wyke absorbed the pressure and ran in a further two tries to lead 14-4 at the break.

The hosts extended their lead early in the second half before Beverley hit back straight away. They regained possession from the re-start kick and scored from the resultant set of six. Ryan Watkin’s well timed pass put Will Mail over beneath the posts. The visitors strove manfully to claw their way back into the game. Louis Hubbard and Rich Etherington looked the pick of the forwards
against a well organised home defence.

Ben Calvert looked to be Beverley’s most dangerous back but was well policed all afternoon.

Beverley could not add to their tally of 10 points, and the home side ran in two late tries for a comfortable win. Rich Etherington deservedly took the man of the match award.

This Saturday Beverley are away to East Hull ‘A’ in the Council Cup. In a convoluted format, should they win they will be at home to Cottingham Tigers in the next round. Should they lose they will be entered into the Council Trophy, kick off is 2pm.

The venue being either Rosmead Street or the Eastmount Centre. At the time of going to press it has not been confirmed which.