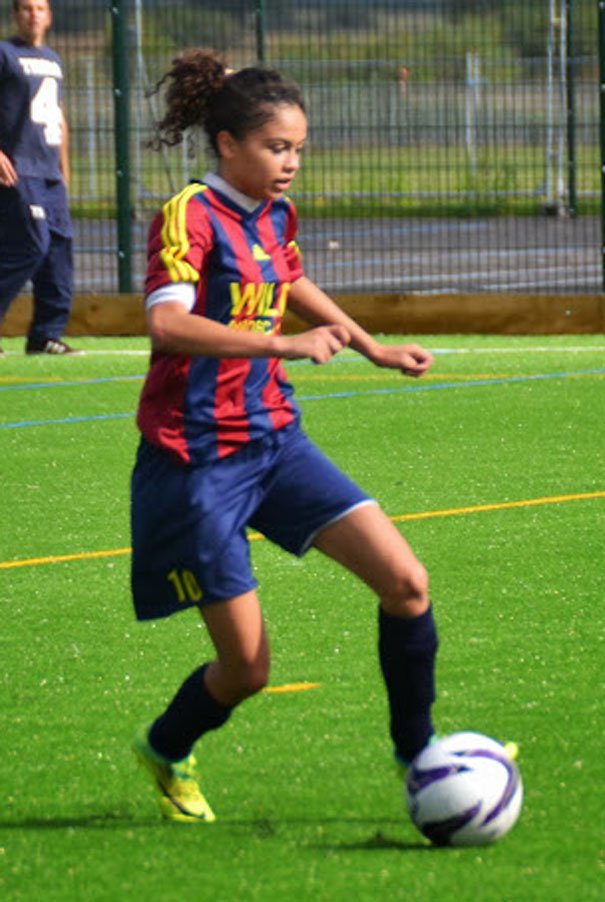 Mill Lane Yellows made it through to the second round of the U16 Girls League Cup with a hard-fought  victory at Brayton Belles.

Due to the very heavy rain over the last few weeks, this was the Yellows first game for six weeks and during the early stages, Mill Lane United looked very rusty against committed opponents who were determined not to let their opponents settle after two heavy defeats when the teams met earlier in the season.

First to every ball against sluggish opponent’s Brayton exerted early pressure and the defence of Jessica Pashby.  Lucy Crockett,  Amy Radford and Emily Holliday had to be on top form to keep Brayton at bay. With goal keeper Courtney Lees in outstanding form the team grew in confidence and with  Morgan Nagee and Courtney McConville starting to win possession in midfield, the Yellows started to take control and should have taken the lead when both Russell and Storr missed a couple of chances.

Mill Lane were gaining the upper hand and took the lead when midfielder Morgan Nagee found winger Tonya Storr charging down the left,  beating three defenders Storr found striker Marie (Misty) Russell free in the area to give the Brayton keeper no chance with a well-placed  right foot shot to give Mill Lane a 1 nil lead and their first goal of 2014.

Buoyed by the goal the Yellows poured forward with wingers Charlotte Holliday and Tonya Storr making inroads down both wings.  The 2nd goal came after a run from Storr found Russell, who again finished in style to give Mill Lane a 2 nil lead. Mill Lane continued to press before the whistle went for half time with the score 2 nil to the Yellows.

Brayton started the second half strongly knowing the next goal was crucial and put the visiting defence under immediate pressure.  Credit to the Yellows who withstood the onslaught and dealt the killer move when the  ball was cleared over the half way line towards striker Marleigh Hornby, who in turn found  Marie Russell 25 yards from goal.

Quickly getting the ball under control Russell charged forward beating several defenders before completing her hat trick with a sublime finish and giving Mill Lane a three nil lead.  Credit to Brayton who came back strongly and only some committed tackling with substitutes Courtney Rushworth,  Alice Johnson,  Chloe Wheeldon and Molly Pluves showing up well kept them out.

Finally, the pressure told when a late tackle in the  area resulted in a penalty been awarded to Brayton.  Up stepped the Brayton player whos shot was superbly saved by impressive goal keeper Courtney Lees.  The Yellows tired in the last 15minutes and had to with stand more pressure from Brayton who were rewarded for their efforts 10 minutes from time with a goal to make it 3 1.

The final 10 minutes saw Mill Lane nearly score again when a shot from unlucky striker Marleigh Hornby hit the post,  but the final whistle went and a hard fought 3-1 victory for the Yellows in their first game of 2014.  A stuttering performance from the Yellows with Courtney McConville and Amy Radford running themselves to a standstill and the team looking forward to next weeks semi final against North Ferriby.

Man of the matches went to Marie (Misty) Russell for a superb exhibition of finishing of the highest order and goal keeper Courtney Lees for a confident display with some excellent ball distribution throughout.