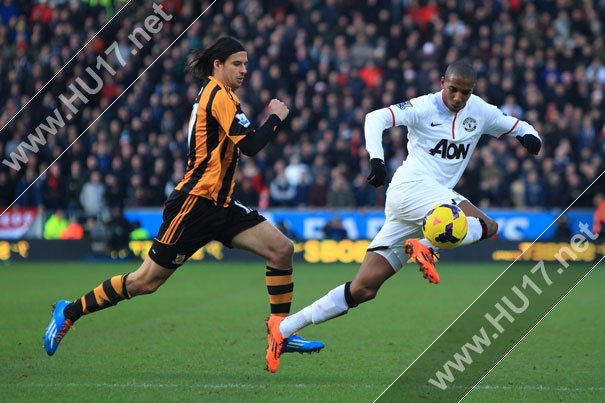 Hull City entertained Manchester United at the KC Stadium on Boxing Day in front of over 24,000 people.

Ahead of the some fans were quite optimistic about their encounter with the current Premier League Champions.

Inside the first 20 minutes Hull City found themselves two goals to the good as James Chester and David Meyler scoring for the Tigers.

Manchester United however came back with goals from Chris Smalling and cracking strike from Wawne Rooney as he scored his 150th goal for United.

United completed the comeback in the second half when an under pressure Chester saw his attempt at headed clearance ended up in the back of his own net.

Next up for Hull City is a home encounter with Fulham on Saturday at the KC Stadium.

For information about tickets for games featuring Hull City and to book online please click here.