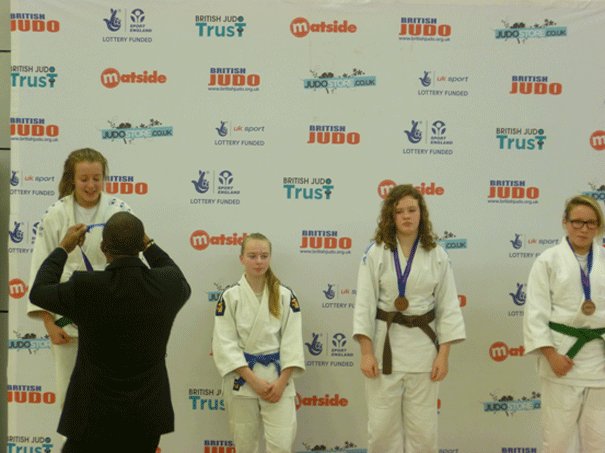 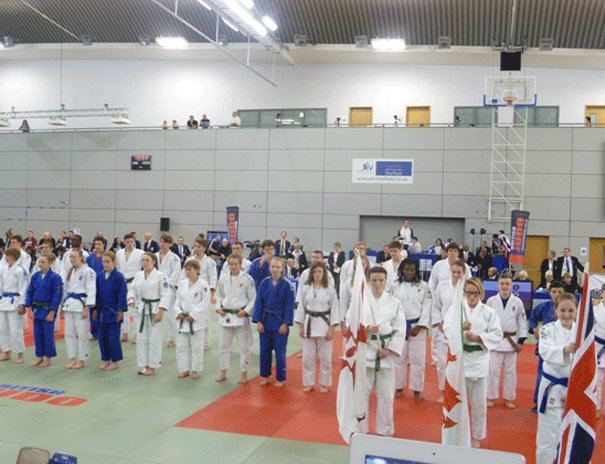 A packed to the rafters, 2,000 strong crowd were in attendance at the English Institute of Sport, Sheffield which was the setting for the British Judo Pre Cadet and Cadet National Championships held on the 7th -8th December. The East Yorkshire Judo Academy sent an injury reduced five combatants, Harry Platten, Josh Burns, Carla Nolan, Megan Dinsdale and Holly Bentham, into the fray.

Despite clinching victories and producing some high calibre judo on the way, as the contests progressed towards the medal stages the East Yorkshire players bowed out leaving only Holly Bentham to remain, Bentham faced with a showdown against Rebecca Gray of Destination Judo Club in order to reach the National final.

A battle of titanic proportions followed when as the end of the three minute contest approached Bentham’s tenacity and in the end, immense power sent her opponent spiralling to the floor for a “Waz-ari” score thereby taking the lead. The remaining few seconds passed to send Bentham into the final. Long term adversary and occasional training partner, Amy Baker, from the Glanford club was the opponent standing between Bentham and the title of British Champion.

After a break the build up for the gold and silver medal contest began, the competitors paraded around the arena behind the Home Nations Flag Bearers before being introduced to the crowd by the Master of Ceremonies. In what can best be described as a cagey tactical affair which lasted the whole three minutes it was Baker who eventually triumphed, winning by Yuko, the lowest of scoring margins.