Visitors from the towns Beverley is twinned with were in East Yorkshire today.

Officials from Lemgo in Germany and French town Nogent-sur-Oise were also join by fire fighters from Vandoeuvre.

Mayor of Beverley Martin Cox present the Burgermeister from Lemgo with a gift, a photograph of the Beverley Beck taken by photographer Janet Atkinson.

On the rear of the photo there was a simple message from the Mayor that read;

“Presented to the Mayor of Lemgo on the occasion of his visit to Beverley, October 2013.”

The visitors from Vandoeuvre in France were fire fighters who have been in Beverley to see how the Humberside Fire and Rescue Service and their counter parts in the Germany manage their youth exchange programmes.

“It is possible that in the future we will look to extend our links with other fire fighters from other towns in Europe.”

The fire-fighters will tomorrow head back home, but today they were taken for a meal at the Beverley Arms Hotel, on a tour of Beverley Minster and also on ride down the Beverley Beck. 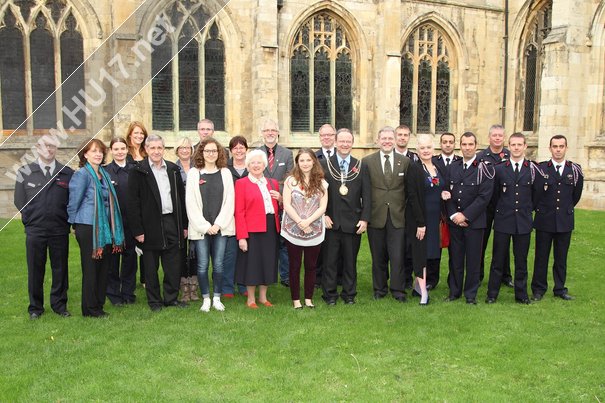 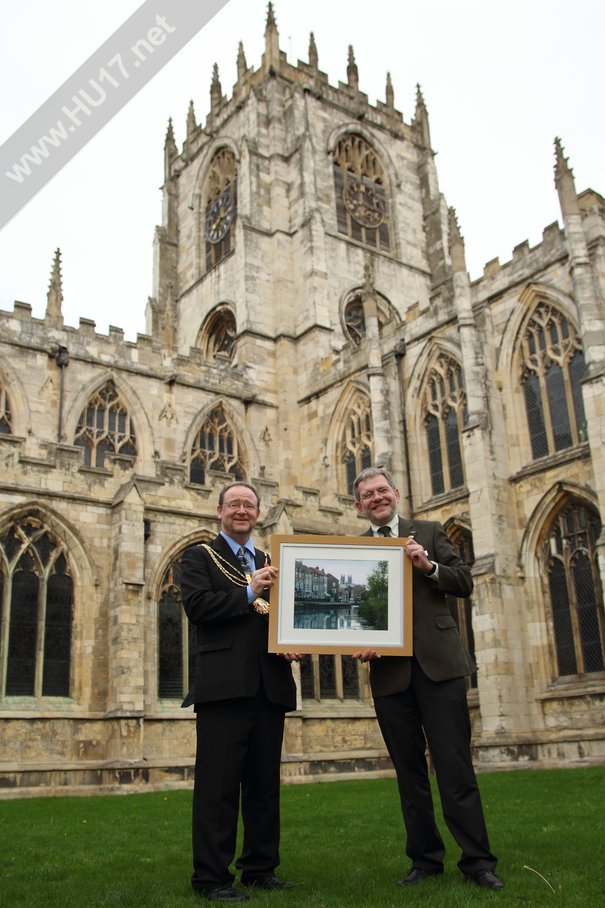 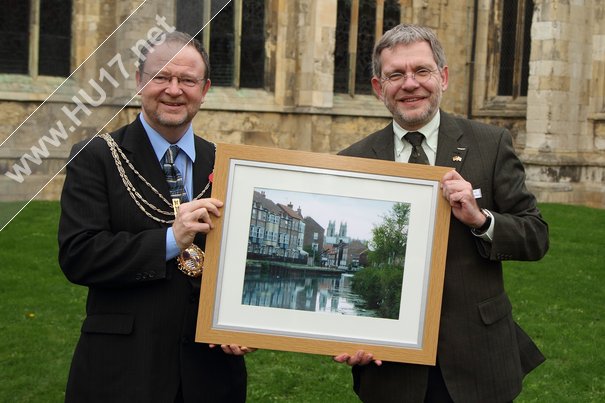