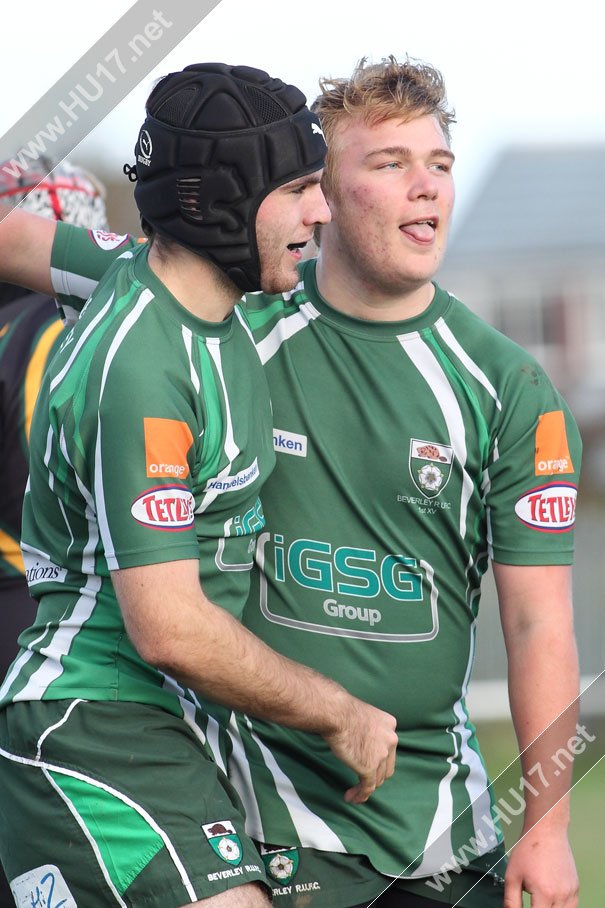 Beverley RUFC Colts overcame a depleted Thirsk side with a display of clinical rugby scoring fourteen tries in the process.

On the front foot from the start the Colts opened up Thirsk with four tries in the first eleven minutes as Liam Sharpe, Jack Conman, Josh Newby,

and Max Bulliment all crossed the line as the Colts took a commanding 24-0 lead.

Thirsk did enjoy a good spell of pressure but they were unable to make it count. As the Colts tightened up again as they went on to score four more times before half time.

There were second tries for Josh Newby, Liam Sharpe and Elliot Becker while Joe Ryan scored his first try as the Colts eased into a 52-0 half time lead.

Beverley turned into the strong wind after half time but continued to running rugby.

Elliot Becker started the second half scoring with Joe Ryan following him over shortly after. Elliot Becker completed his hat-trick to make the score 73-0 with a barnstorming run.

Luke Hazell then grabbed a brace of tries with two long rang efforts before James Williams completed the scoring with the fourteenth try.

Joey Franklin ended the match with impressive figures as he kicked 12 from 14 kicks, man of the match Elliot Becker.