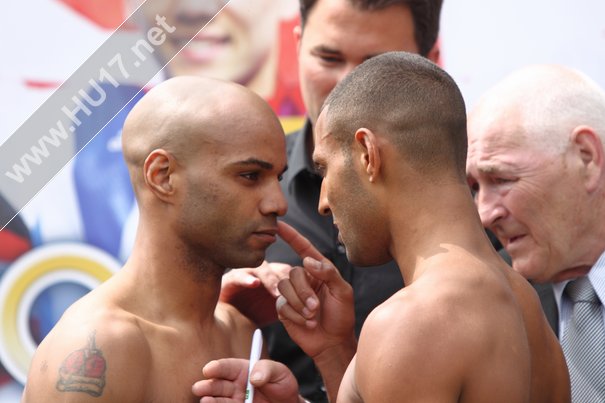 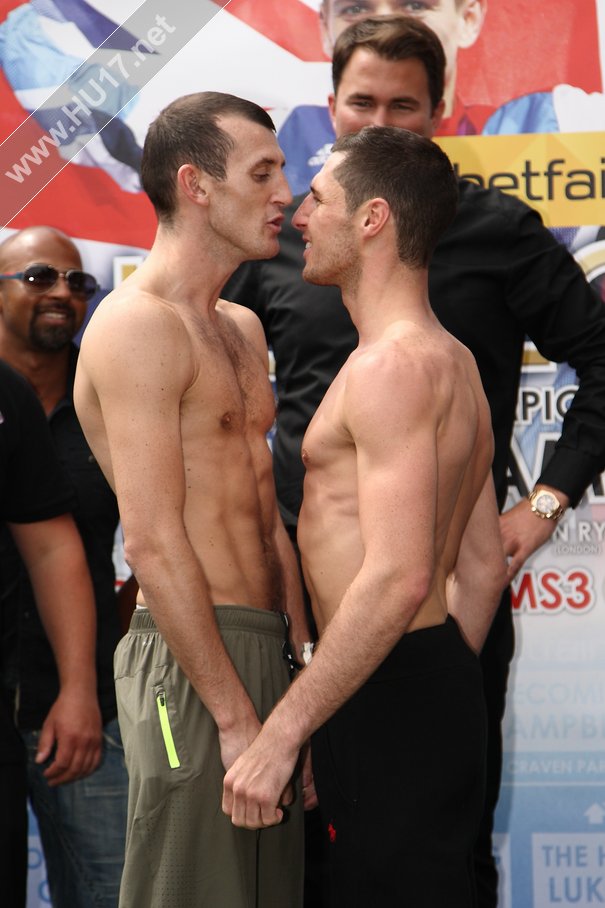 Bitter rivals Kell Brook and Carson Jones, and Tommy Coyle and Derry Mathews raised the temperature at the weigh-in for their clashes tomorrow night live on Sky Sports 1HD at the MS3 Craven Park, in Betfair’s ‘The Homecoming’.

In the baking heat at the Queens Gardens in the city centre, tempers reached boiling point on the scales as first welterweight rivals Kell Brook, and Carson Jones clashed and then Commonwealth lightweight title enemies Tommy Coyle and Derry Mathews had be separated.

Olympic Gold-medal hero and hometown debutant Luke Campbell MBE kept his cool though as he warmly shook hands with first pro opponent Andy Harris, and the Hull star cannot wait to repay the city he loves for their support.

“I’ve had great backing from the city, and the whole place is going to benefit,” said Campbell. “The hotels will be full, restaurants will be busy and the bars will be buzzing – so it’s fantastic to give something back to the city as it’s given me so much.

“The football team is in the Premier League, which is great, two buoyant Rugby teams too, and now we’ve got big-time boxing there and hopefully it’s going to be there to stay. You won’t know what it’s like until the night, but I think the atmosphere will be fantastic. I’ve trained hard to put on a great show and make them proud.

“I was shocked by the support in Hull for the open workout. The weather was dodgy but there were still hundreds of fans there and loads of kids which is great to see. There are a lot of young boys and girls who are looking up to me, which is great. If I can inspire them to get into boxing and their families too, then that’s job done. Hopefully, there are here tomorrow, and they’ll keep coming to the boxing to see my fights and others too as it’s a brilliant sport to get involved in and to watch as a fan.”

Campbell’s debut and the mouth-watering clashes between Brook and Jones and Coyle and Mathews led a stellar line-up of action in Hull on Saturday night.

The action is on the red button from 6pm then live from 8pm on Sky Sports HD1.