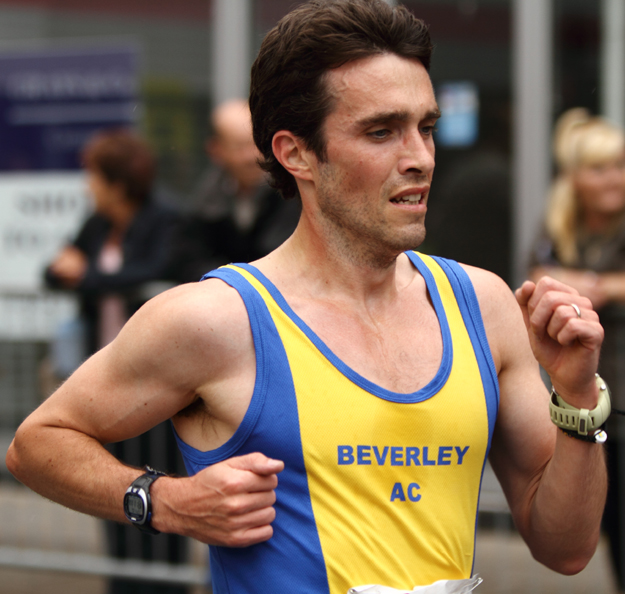 A total of 33 Beverley AC runners competed in the Humber Bridge 10k race last Sunday. Run by City of Hull AC, this is a well established and popular race which has been getting bigger every year. It starts from Hessle Rugby club, crosses the Humber Bridge to Barton upon Humber and then returns to Hessle. This year, 455 runners completed the course.

Several Beverley runners did well in the overall standings. James Pearson took third place in 34:00, while Carla Stansfield was the second female runner home, and 32nd overall, in 39:25. Some of the younger club members also put in strong performances, showing great promise for the future. Harry Powell was 11th overall, in 37:06, while Ethan Dalton was 29th in 38:47 – both are just 16 years old, and achieved personal best times. Nicole Dawson ran very well to record a time of 47:55. Along with Stansfield and Jayne Dale (who recorded a time of 45:34), Dawson was also a member of the victorious women’s team.

Other Beverley runners were pleased to record personal best times too. Christine Whitehouse was very pleased to have knocked over two minutes off her previous best to finish in 58:44, and Tom Baxter is well on the way to his target this year of achieving a sub 50 minute 10k, recording 50:49 at this race. Mark Dawson also recorded a personal best, at 37:54.

The race was won by Steven Bateson (East Hull Harriers) in 32:59. The women’s race was led by Hannah Bridger (Axe Valley Harriers) who recorded a time of 37:57.

Alongside the 10k race was the 2km Humber Bridge Fun Run, and 17 Beverley AC juniors competed. The team put in an excellent performance, with the first three girls and the first three boys all representing Beverley. In the girls race, Morgan Dennis, Kelly Dawson and Eleanor Boyd took the first three places, and in the boys race the first three were Oliver Douglas, Edward Prew and Taylor Arnott.