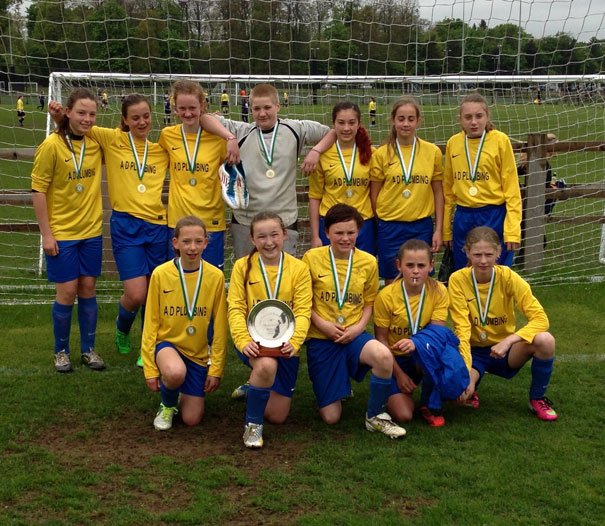 In a superb advert for girl’s football, both sides contributed in a well contested football match. Mill Lane United sprang a surprise tactical switch, playing lethal goal scorer Millie Sharp at centre half, and the moved paid massive dividends as she produced an outstanding performance giving the Hessle forwards a torrid seventy minutes.

In a cagey first half, Hessle arguably played the better football, passing the ball around with ease, while Mill Lane United always looked dangerous on the break. Mill Lane United, ultimately, broke the deadlock with a superb strike from Demi Watson, giving the keeper no chance from just inside the penalty area. However, Hessle deservedly leveled when Megan Dewhirst hit a stunning strike from outside the area which cannoned into the net off the far post. At half time, with the scores level, both sides knew the game was there for the taking.

The second half started with Hessle once more passing the ball around nicely, without ever really threatening the Mill Lane United goal. With fifteen minutes gone, their looked no danger when Demi Watson collected the ball just inside her own half.

However, after skipping past a couple of challenges Demi drove towards the box where she danced through the defence and smashed the ball high into the net, to give her side the crucial breakthrough. The goal gave Mill Lane United the confidence to press further forward and Abbie Longley nearly extended the lead when her dipping shot from twenty yards just cleared the cross bar.

Hessle were still posing problems at the other end and almost scored from a free kick, only to be denied by a superb header from Jessica Wright. That header proved crucial as from the resulting clearance the tireless Natalie Bell and Amy Dodds pressured the Hessle defenders towards their goal, causing the ball to deflect past the keeper, leaving Amy Dodds the easiest of finishes to make the score 3.1. With a two-goal cushion, Mill Lane United closed up shop, allowing no space for their opponents and comfortably seeing the remaining minutes out.

At the final whistle, both sides left the field to fully deserved applause, leaving an emotional Olivia Nassau, playing her final game for Mill Lane United after five amazing seasons, to lift the plate and celebrate with the best bunch of girls a coach could ever ask for.