An East Riding College student has won a regional apprentice award from the Institute of the Motor Industry (IMI).

Ricky, who works at M and M Autotech in Beverley and attends East Riding College one day a week, has now moved up to a Level Three Advanced Apprenticeship in Light Vehicle Service and Repair.

He won the award for his outstanding grades, the hard work he puts into job and studies and his excellent attitude.

He said: “I was really happy to get the award. It’s a good thing to get on your record but you do have to work for it. I’ve always enjoyed the course and my job, and I think that helps a lot.”

Ricky’s tutor at the College, Glenn Jensen, said: “He has been on the apprenticeship for 18 months and has put in a lot of effort and achieved a high standard of work.

“He always gets a glowing report from his employers, who have supported him really well throughout the apprenticeship.

“He’s always up to date with his assignments and has a really good attitude, and he thoroughly deserves this award.”

Apprenticeships are an increasingly popular way of improving the skills and knowledge of employees and are being promoted by the government as one of the ways to achieve the skill levels needed so the UK economy can grow stronger.

They typically involve the employee spending four days a week at work, developing their practical skills, and one day a week at college, learning the accompanying theory.

They are available at levels two, three and four which are the equivalents to GCSEs, A-levels and the first year of a degree, respectively, and in the full range of subject areas. 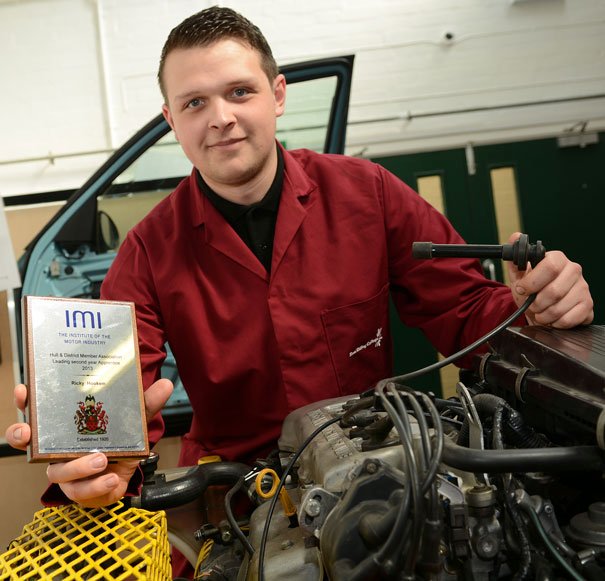 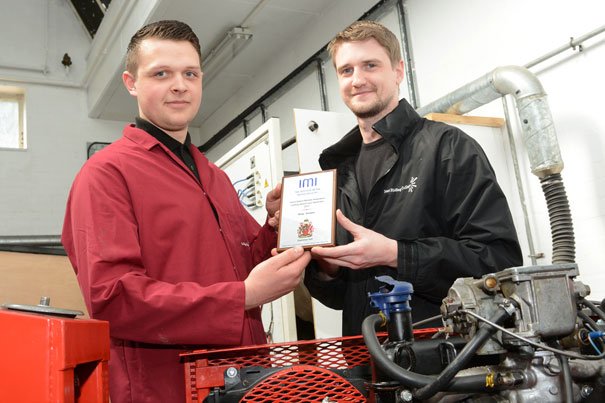