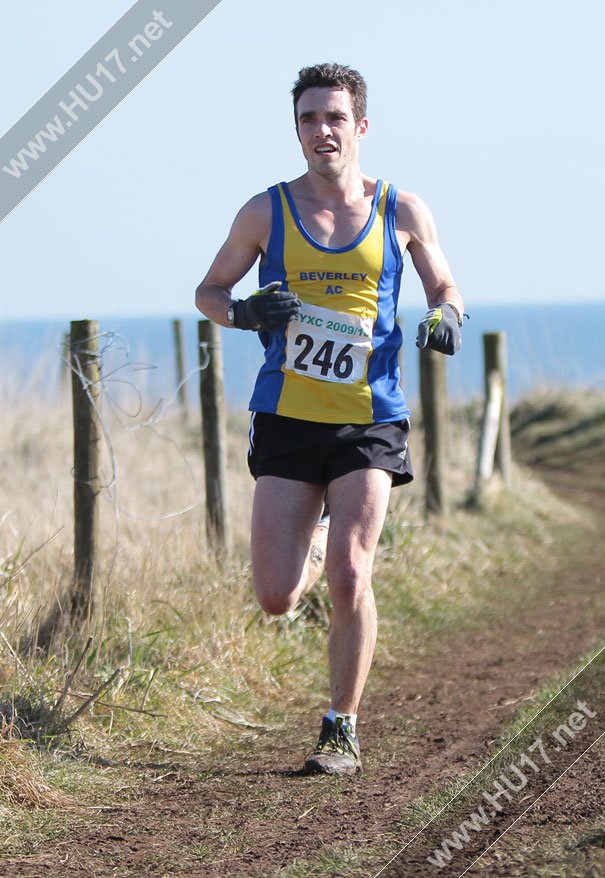 He was one of 8 Beverley AC runners who travelled across the Humber Bridge to Scunthorpe to take part. The race is designated as a club handicap race, and as a fast, flat course it was ideal for runners aiming to achieve a good time over this distance. The race began on Scotter Road and followed rural roads and a section of the River Trent to finish with a lap of Scunthorpe United FC’s pitch at Glanford Park.

Pearson recorded a time of 1:14:43, and was also second in the senior men’s category. Jackie Hardman also put in a strong performance, completing the course in 1:48:17 to come third in the FV55 category. She was five minutes behind Tanwen Gray, who was the first female Beverley runner home in 1:43:16. Andy Grainger was very pleased to record a time of under two hours in his first race at this distance since October, as he is trying to regain fitness after injury.

On the same day, Beverley AC’s Laura Egan completed the Marathon of the North based in Sunderland. In blustery conditions she achieved a very commendable time of 3:24:33. She was 96th overall, and 766 runners completed the race.